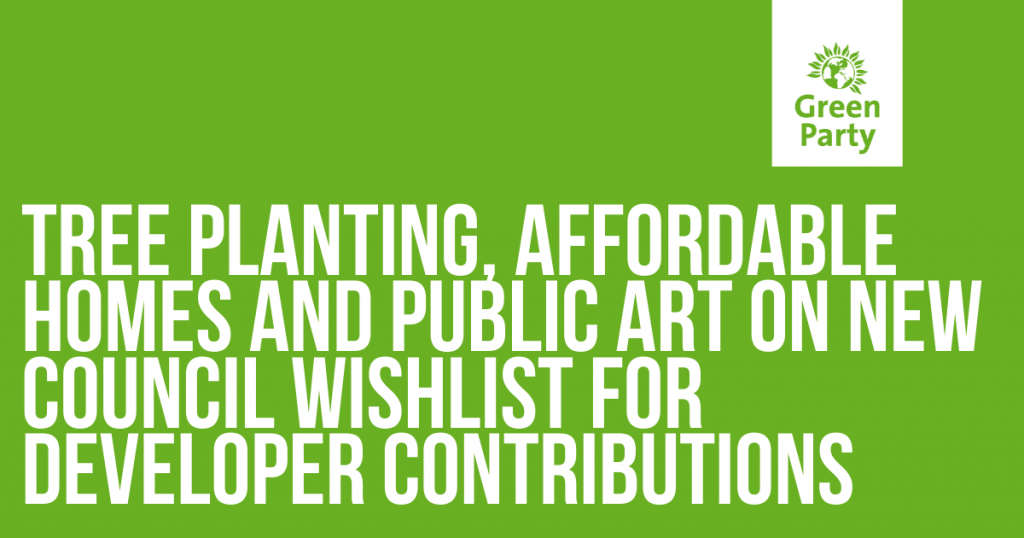 Councillors on the Tourism, Equalities, Communities and Culture Committee will be asked to approve updated project list for projects funded by developments in city, demanding better for our residents from new developments

Plans for trees, house building, public art and more are on the council’s wish list for developer contributions as a refreshed Infrastructure Delivery Plan is put to councillors next week.

The list of planned projects helps identify what funding obtained from the Community Infrastructure Levy will be put towards, which is levied from developments in the city.

The list totals over 1 billion pounds and focusses on investment in a wide range of projects, many of which will help the council reach its carbon neutral goals and contribute positively to the environment and local areas for residents. The pot includes a neighbourhood portion, which means ward councillors and community groups also have the opportunity to influence where developer money gets spent.

Last year, the council secured £7.6m from developer contributions as part of planning negotiations, with a total of £21m being earmarked for projects being developed over the next few years to benefit residents, also including affordable housing, funding for parks as well as local employment and training opportunities.

“This ambitious plan sets out how the council will fund exciting projects as a result of building developments in our city.

“From planting trees to providing new equipment in our parks, to large scale investments in our sports facilities; this plan sets out how our community will benefit from new developments.

“While city-wide infrastructure will be supported by the money, the new governance of the fund also allows greater participation from ward councillors and community groups, as we believe it’s vital that residents are able to have their say on how developer contributions are spent.”