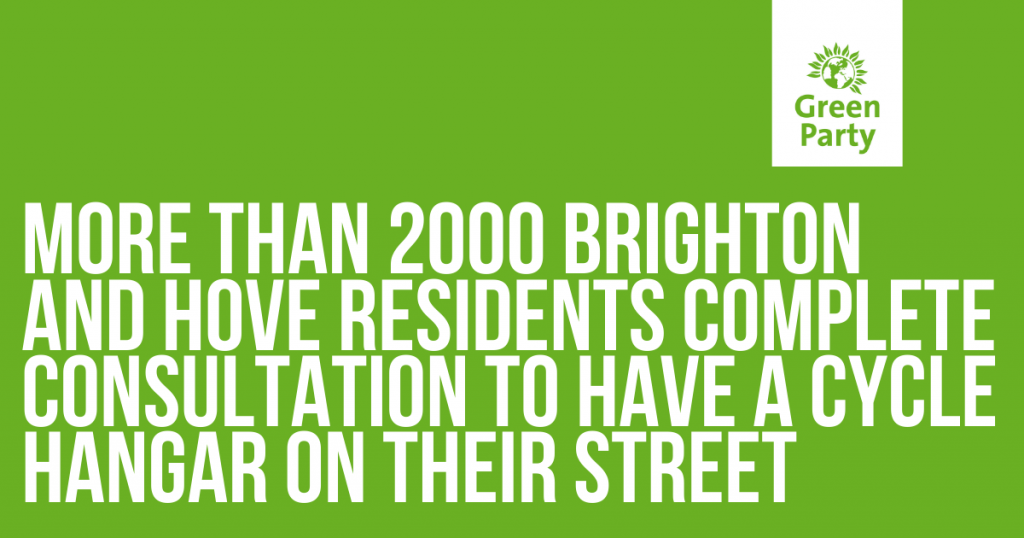 Work now progresses to the next stage, where council will develop initial list of locations for first 100 covered cycle racks.

2,053 responses were received to a survey, which finished on Sunday 14th November, where residents were asked to input where they would like to see a covered cycle hangar on their street.

The bike hangars are common in parts of London, with over 7,200 spaces across 25 London boroughs. Replacing the space used by one parking space, they enable up to 6 people to store their cycles in a more secure way, helping to minimise bike theft and support those whose accommodation may have no suitable, accessible indoor or outdoor storage space. [3]

Greens say that the responses to this initial survey show “huge demand” for the hangars.

“We are now reviewing the responses to our cycle hangars survey which really shows the huge demand for them city. It is really encouraging to see so many residents taking part and letting us know where they want to see these hangars.

“Beginning early next year, we will see 100 placed around the city, ensuring safe and secure spaces for residents to keep their bikes.”