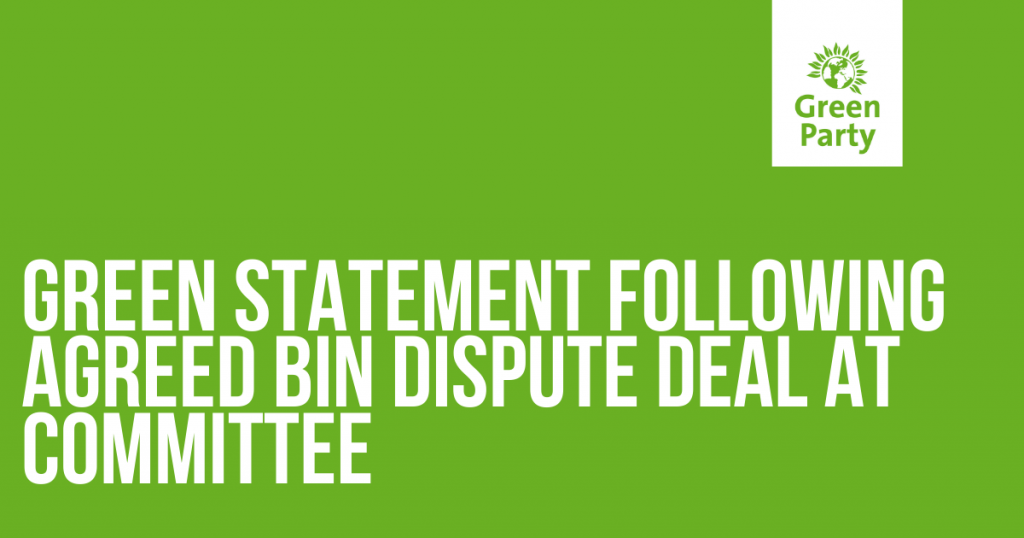 Following news that the deal negotiated with the GMB to resolve the bin dispute has been agreed at a meeting today, (19th October 2021) Green councillors commented:

“Both the GMB, council officials and councillors have met day and night, including across the weekend, to find a resolution to this dispute that we’re pleased has been agreed today.

“After what we know has been a difficult period, with real impact on residents, we’re also keen to achieve an improved waste and recycling service for all in the city. It’s clear to us that workers at Cityclean have raised-long term issues that have affected their trust. We urge all councillors to work together to address this, as it’s clear many issues stretch back over a number of years.

“The GMB have described the deal as one that ‘ticks every box plus more,’ for their members, and we’re hopeful that the proposals are a positive way forward for industrial relations at Cityclean.

“Importantly, all sides have agreed proposals that seek not only to improve pay and conditions for Cityclean drivers, but that also lift the wages of those staff across the council on the lowest pay grades.

“This is important particularly given the national context we find ourselves in. Wages have stagnated in this country for many years, with nothing done by national government to remedy this.

“We’re committed to supporting council staff. Yet with fewer and fewer resources provided to councils by central government and the impact of both Brexit, job shortages and the pandemic, we’re clear that proper national funding is urgently needed, to ensure councils can address the crisis hitting essential public services and workers.”