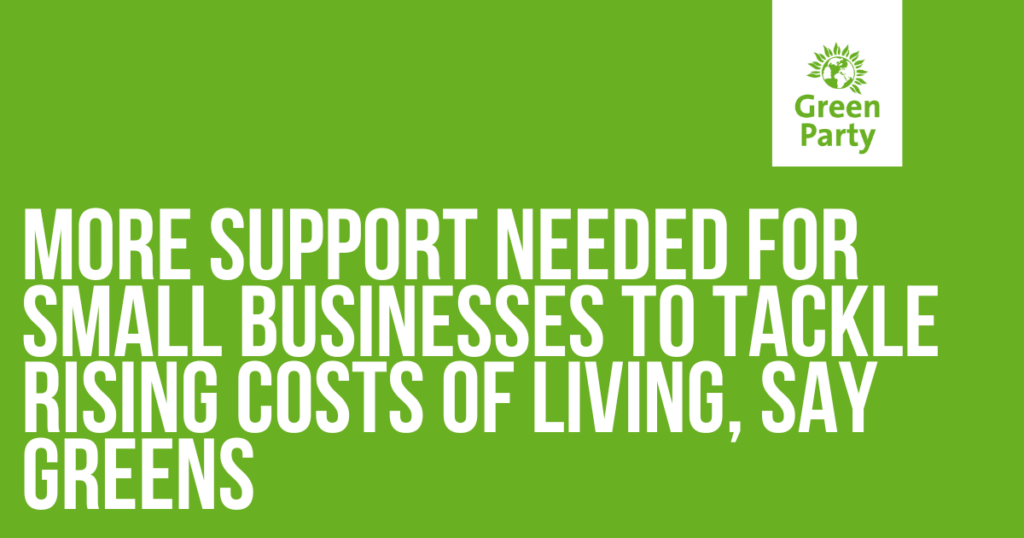 Green Councillors will declare the need for more support to businesses, third sector and public sector organisations to respond to the cost-of-living crisis at a meeting of all 54 city councillors this week.

Highlighting the huge value to the city of these organisations, and the likely stronger impact of the cost-of-living crisis on them, Greens say the Government must act to protect vital businesses and services.

It follows a letter sent to the Government by council leader Councillor Phélim Mac Cafferty, which stipulated a range of measures the Government can take. It also follows his work as Chair of the Greater Brighton Economic Board, which has commissioned analysis of the impact of the cost of living on local businesses through the Institute of Employment Studies (IES).

The motion also points to the council’s own financial situation, as the council prepares its annual budget in February. Green and Labour Councillors have joined local unions to put together a campaign to government addressing the need for further funding.

The motion will be discussed at this Thursday’s meeting of Full Council, which will be held from 4.30pm at Hove Town Hall.

“Small businesses, the charity sector and the public sector are all incredibly valuable to us as a city. But right now, they are struggling due to Government mismanagement.

“I am really concerned about how these businesses and organisations will survive this winter thanks to the cost-of-living crisis. While we are trying to do our bit as a council – more needs to be done by central Government.”

“We will never stop championing the brilliant organisations which make our city thrive. The same cannot be said of the Tory Government.

“Over the last twelve years, they have continually stolen from this city’s budget, forcing the council into making painful cuts. Despite us now being down to the bone, this is set to continue. The Government must stop their misguided austerity now and help our city thrive. Isn’t that the ethos behind “levelling up?”