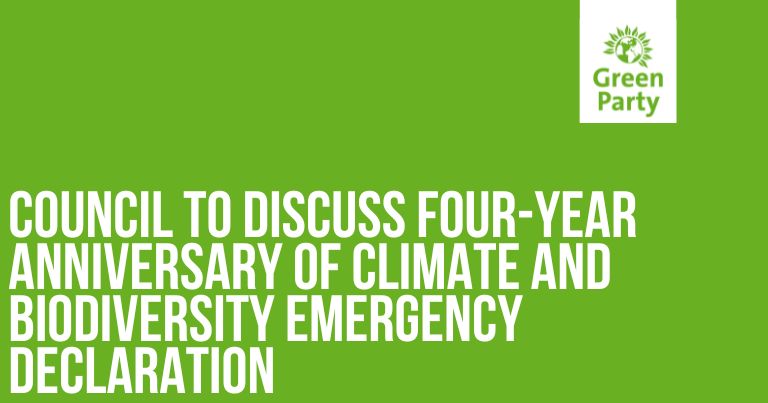 Green Councillors will declare the need for more action on the climate and biodiversity emergency at a meeting of all 54 city councillors this week.

Highlighting the four-year anniversary of the city’s Climate and Biodiversity Emergency Declaration, Greens say that while important progress has been made, more must be done to bolster the city’s response to the climate crisis.

Alongside highlighting the city’s recent annual report on the council’s Carbon Neutral 2030 plan, Greens have pointed out that the council contributes less than 2% of the city’s carbon emissions.

Greens say that they are willing to offer support and guidance to any business or organisation on reducing emissions, while pointing to the need for more government action.

The motion will be discussed at this Thursday’s meeting of Full Council, which will be held from 4.30pm at Hove Town Hall.

“Four years on, the council has responded in the rapid way needed to tackle the climate and biodiversity emergency. We are proud of our record and will keep pressing for the need to do even more than we are.

“But this is not easy to achieve. After twelve years of vicious Tory austerity, we are faced with continual funding challenges. We, like businesses and organisations, need Government to step up and give us the funding we need to meet our climate goals.”

Councillor Leo Littman, who is seconding the motion added:

“More and more individuals, businesses and other organisations are recognising that the climate crisis is the greatest threat we face, and are keen to do their bit in the fight against it. They want to take every possible step they can to reduce their impact on our environment.

“We’d really appreciate the chance to talk with organisations in the city to discuss how we can best work together to overcome this existential challenge.”