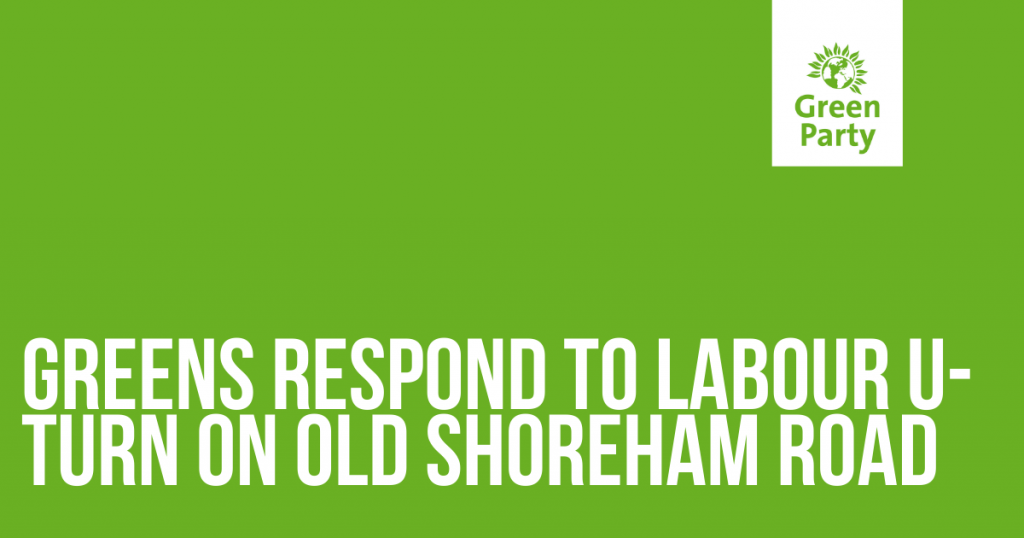 It’s a great shame that Labour are no longer in favour of our city’s roads being shared among all those who need to use them, and want to block plans to improve safe cycling and walking routes on the Old Shoreham Road. We want to ensure that everyone has the option for safe and sustainable travel around our city. As we recover from a virus that attacks our lungs, we also stand for cleaner air.

The government was quite clear that the consultation on emergency active travel schemes should not be a referendum about keeping or scrapping new routes. Consultation responses should identify improvements, and we’re keen to make changes to routes that help meet the needs of residents.

Simply swapping some routes for others leaves residents on existing routes without the improvements they need. It’s also hard to see how Labour’s claim to support ‘other routes’ can be trusted, given their u-turn on a cycle lane they themselves installed when running the council. Their vocal ambition to jettison a crucial transport corridor in the city will also, ironically, likely put the very funding they originally applied for – to enable active travel and further routes – at risk. For a party that claims to care about the climate crisis, budget cuts, toxic emissions and safer routes to school, this is deeply irresponsible.

Greens are keen to help residents enjoy the benefits of active travel, for our health and wellbeing and for our planet. Many in the city will have hoped Labour councillors would also work constructively to achieve this. Polling nationally has shown that people do not know what Starmer’s Labour Party stands for – locally, it’s now as clear as mud.

Old Shoreham Road is an important route for hospital workers and for school children. They will be heavily affected by the u-turn from the very party that implemented the route in the first place.