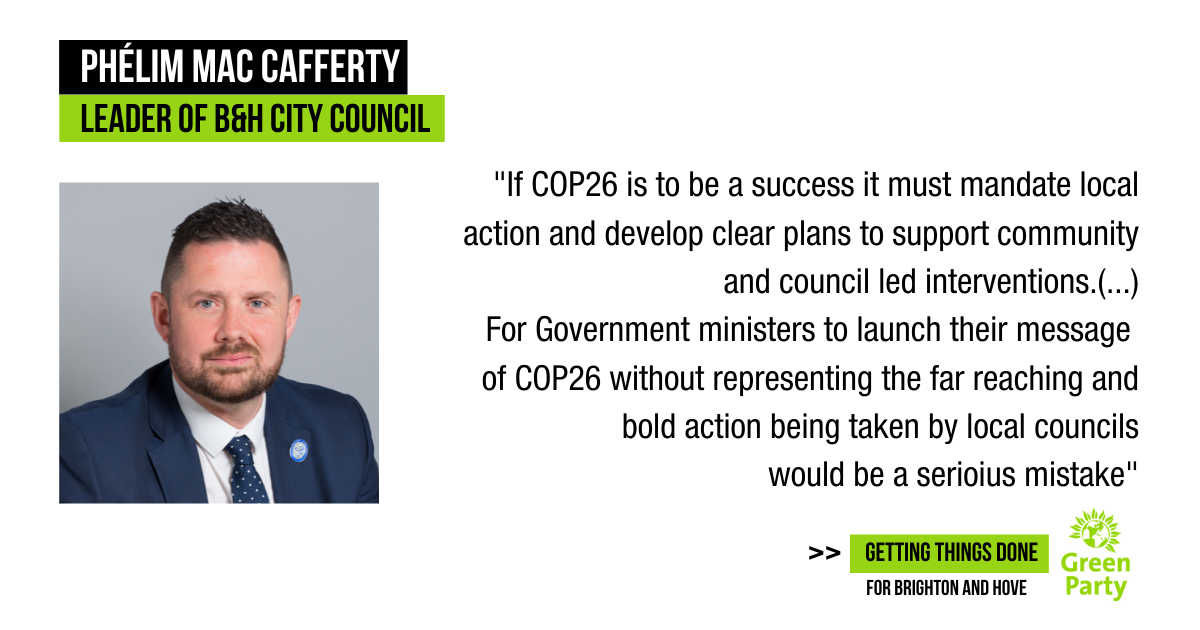 The leader of Brighton and Hove Council, Green Party councillor Phelim Mac Cafferty has today (July 6) successfully passed a motion at the Local Government Association General Assembly calling on the Government to ensure that there is “adequate representation” for local authorities at COP26. [1]

The motion was seconded by other Green Party councillors Cllr Siriol Hugh-Jones also of Brighton & Hove City Council, Cllr Julian Dean of Shropshire Council and Cllr Scott Ainslie of Lambeth Council. It was overwhelmingly passed by delegates at the General Assembly with 90 percent of votes in favour and supportive speeches from all parties.

The motion acknowledges the role which local authorities can play in the race to net zero, and the leadership role which they have already played from implementing climate assemblies, green bonds and warmer homes schemes, sourcing electricity demand from renewables, and developing new parks, open spaces and active travel measures.

As well as calling for the Government to give local authorities adequate representation at COP, the motion also called attention to the role local authorities can have in the production of local, sustainable food, and promoting greater participation among local councils on the C100; a network of elected local leaders who pledge to work on climate and clean energy.

“I am delighted that the Local Government Association recognises the leadership which local councils have shown on the climate emergency while our Government continues to drag its feet.

“From climate assemblies to the deployment of renewables, it’s local councillors and communities who are rolling up their sleeves and getting on with the practical solutions to climate change, carbon reduction and widening inequality.

“We won’t get to net zero without strong local leadership driving change from the bottom up, and it’s essential that local councils  have a seat at the table in Glasgow for COP26. Thank you to everyone who voted for our motion - I’m so proud that the LGA is showing the real leadership on climate action which this country is crying out for.”

Green Party councillor Carla Denyer proposed and passed Europe’s first ever climate emergency motion, with similar motions now having since been passed by three quarters of local councils across the UK.  Many have now put forward detailed action plans for hitting local net zero targets, some within a more ambitious timeframe than the national government. [2]

Green Party councillor Andrew Cooper has previously proposed a practical means of how local authorities can be more integrated into the formal COP process, by suggesting that regionally and locally determined contributions are formally recognized alongside nationally determined contributions. This would mean that cities and regions across the world would put forward formal plans for carbon reduction as well as nation states. [3]

Green-led Brighton & Hove City Council has produced a plan that sets out how the city can reduce carbon emissions drastically by 2030. The ‘Carbon Neutral 2030 plan’ proposes measures across all sectors, including energy, housing, transport and through work with local communities. Brighton & Hove’s Green Council also delivered a climate assembly and is understood to have facilitated the first ever youth climate assembly, to understand the priorities for future generations in tackling climate change. [4]

ENDS
For further comment or to arrange interview with the proposers of the motion email press@greenparty.org.uk

Notes
1 The full text of the motion is as follows:

Motion: Local Government contributions towards national climate action in the year of COP26

The Association therefore agrees to: 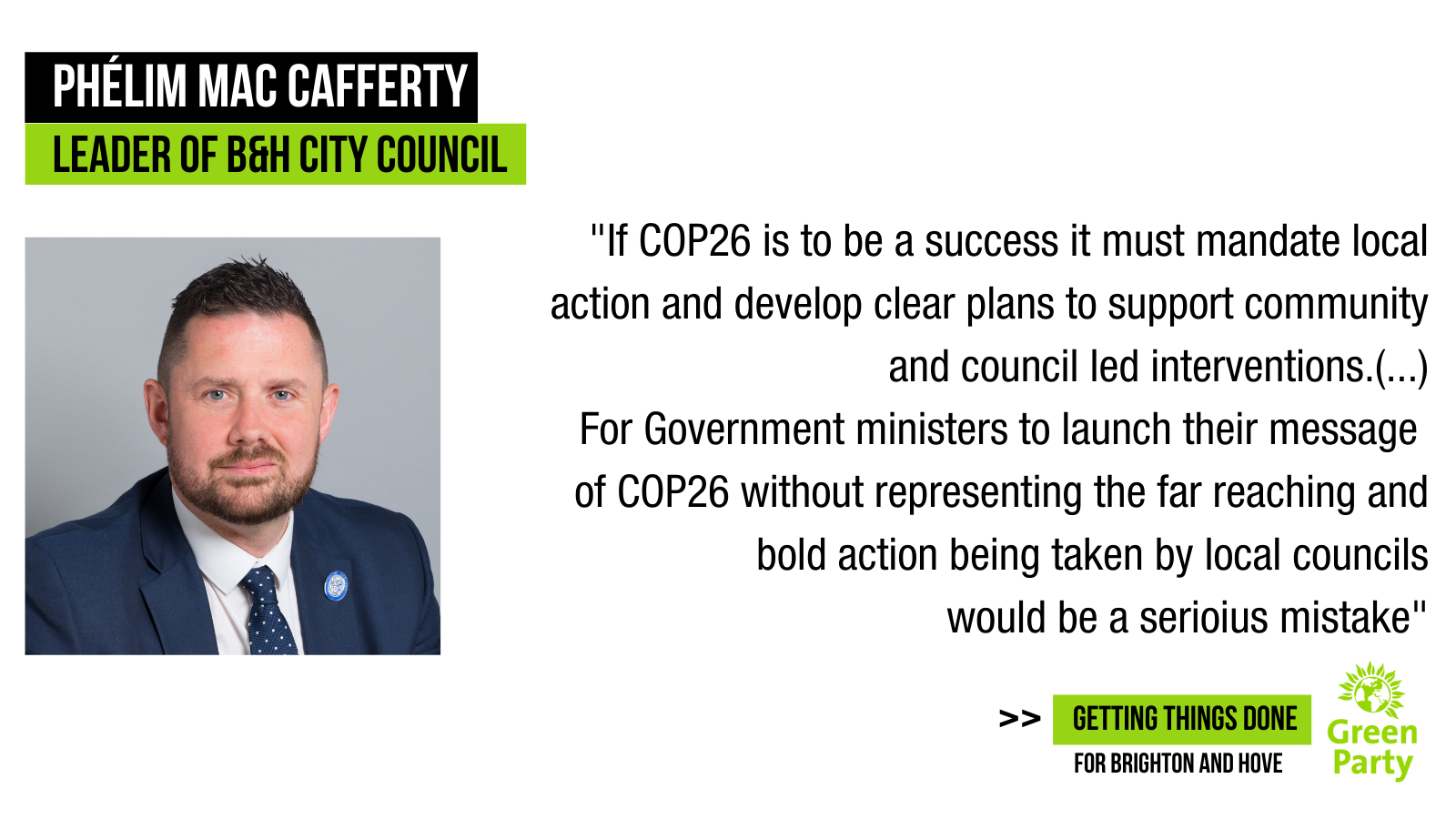