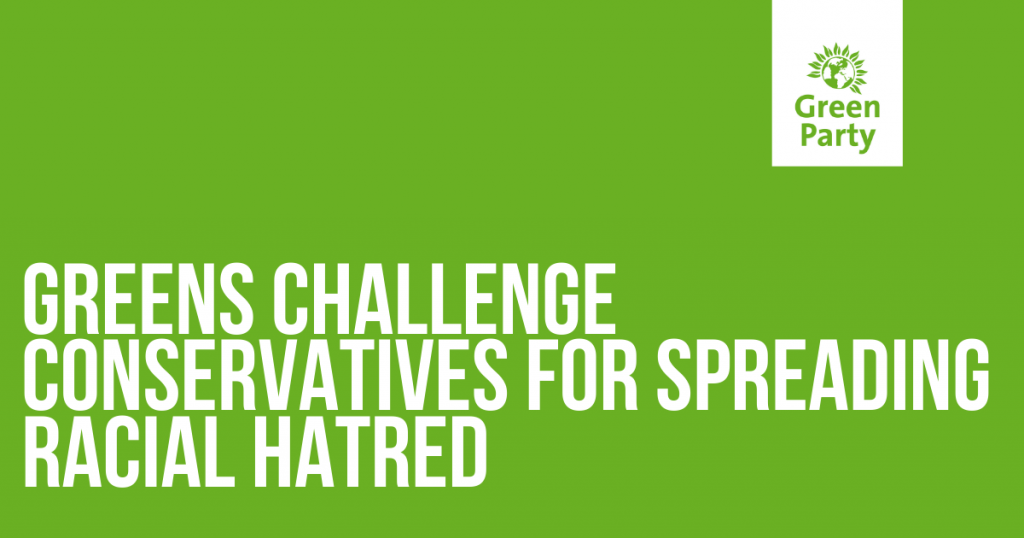 Brighton and Hove Green Party have hit out at local Conservatives, after leaflets have been distributed that spread ‘racial hatred’.

It comes a week after the publication of the Sewell report on racism, which has been widely criticised by campaigns for failing to recognise institutional racism in the United Kingdom today.

As political parties campaign in Brighton and Hove for two city council by-elections in Hollingdean & Stanmer and Patcham, along with the Sussex Police and Crime Commissioner election, a Conservative leaflet makes reference to travellers as part of a list of failures in the city.

While the wording of the leaflet does not clarify the reason for including the reference to travellers, Greens say that this lack of clarity and the rest of the sentence clearly suggests negative connotation to the existence or presence of travellers in the city.

Greens say they have today written to the Conservatives advising that they have reported this leaflet to Sussex Police, claiming the wording constitutes abusive or insulting material intended to, or likely to, stir up racial hatred under Section III of the 1986 Public Order Act.

Brighton and Hove City Council last year pledged to be an anti-racist council and regular updates have been reported to councillors on the Tourism, Equalities, Communities and Culture committee. Action taken by the council so far includes :

Greens have also expressed disappointment in the current Sussex Police and Crime Commissioner, Conservative Katy Bourne, who claimed that stop and search figures for Sussex showing that people belonging to ethnic minorities were up to 10 times more likely to be stopped, were ‘proportionate’. Green candidate Kahina Bouhassane, who is a mixed-race woman, is standing on a platform of making the police force more equal to ethnic minorities in particular.

“Racism is completely unacceptable and I have been extremely disappointed to see this from the Conservatives. We have written to them to ask that they withdraw the publication.

“All types of racism are abhorrent and we are particularly concerned that Conservatives see anti-traveller racism as acceptable in modern day Britain.

“But sadly we remain unsurprised, after the Conservative government last week failed to recognise institutional racism, despite repeated reports over many decades showing otherwise.

“We will always stand up against racism where we see it.”

“We are continuing our pledge to be an anti-racist council and taking action on racism. But this leaflet shows that there is more work to be done to ensure that all political parties in the city are on board.

“We remain firm in our commitment to stamping out racism and we are disappointed to see the Conservatives display such overt racial hatred.”