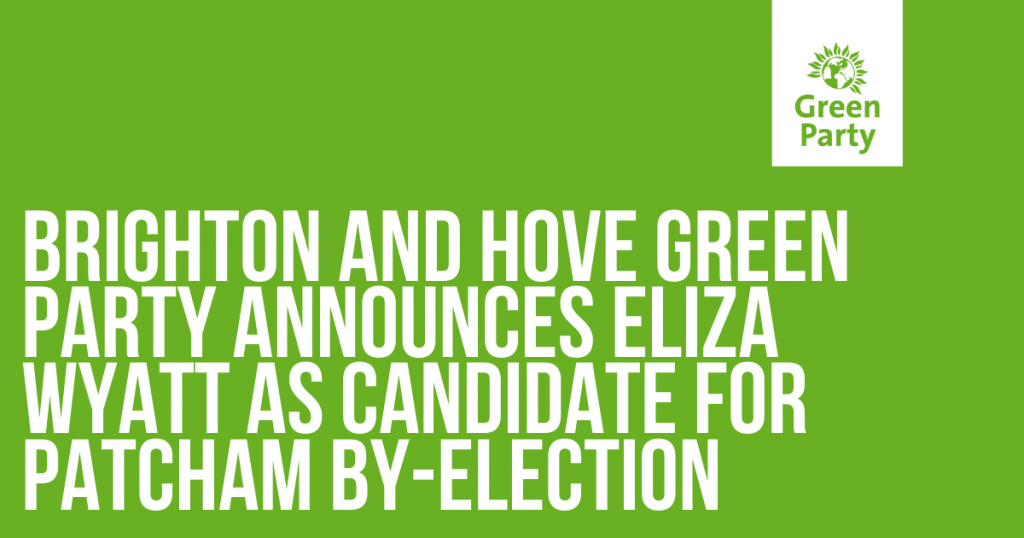 Brighton and Hove Green Party have today announced Eliza Wyatt as their candidate in the upcoming by-election in Patcham ward.

Brighton and Hove City Council’s leading party, have today confirmed their candidate for the upcoming by-election in Patcham ward. It follows the announcement of Conservative Councillor Lee Wares’ resignation.

Eliza Wyatt is standing as Green Party candidate in Patcham. Eliza has lived in Patcham for a number of years, and first stood as a candidate for the Green Party in Patcham in 2003. She has recently retired from being active in theatre, both in this country and America.

It follows the confirmation of Zoë John as candidate for Hollingdean and Stanmer.

On her selection, Eliza said:

“I’m thrilled to be standing for this ward which has always been close to my heart. I realise more than ever before that it is a great place to live and in the spirit of the girl guide who collected jumble house to house in Ladies Mile Road, I want to carry on my contribution to the community.

“As a Green Party candidate for Patcham, I will be looking out for road safety as traffic increases, the protection of green spaces and playgrounds, and the preservation of public spaces. I have enjoyed some of these as a member of Patcham Community Bridge Club, and the Patcham Memorial Hall Choir.”

“I am excited for Eliza to become the first Green councillor to represent Patcham on Brighton and Hove City Council. I want to thank Cllr Lee Wares for his commitment to the ward”

“Having lived in the community for the majority of her life and having already shown her commitment to improving her area, she will make a fantastic representative for Patcham on Brighton and Hove City Council.

“Alongside Zoë John, our candidate in Hollingdean and Stanmer, residents will be able to elect two more greens this May. I look forward to seeing two new Green councillors join us as we work towards helping the city recover from the pandemic.”