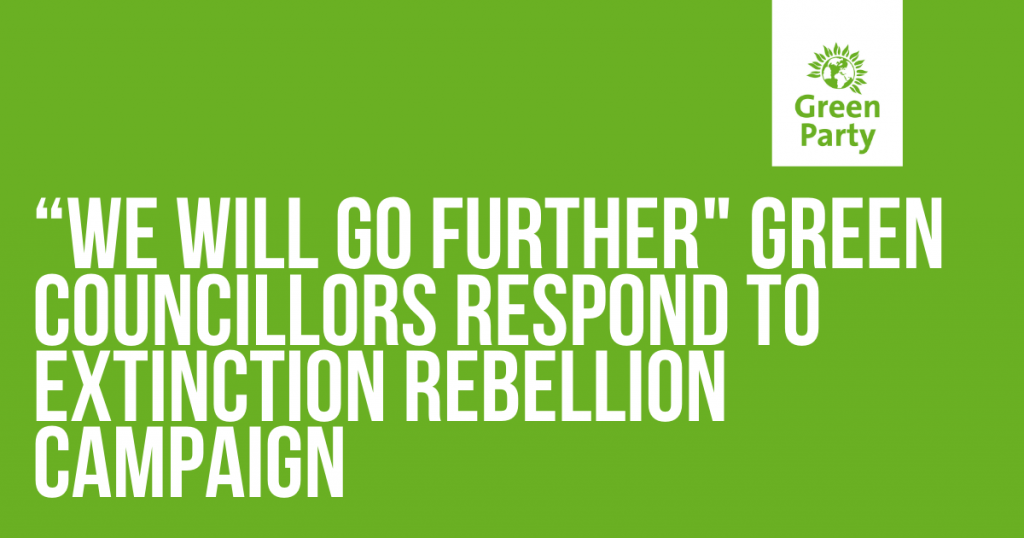 Brighton and Hove’s ruling Green Party have today reassured Extinction Rebellion Brighton of their planned actions to tackle the climate crisis, ahead of a petition which will be debated by councillors on Thursday.

The petition asks for four actions from the council, which Greens say that they will exceed ahead of the suggested deadlines.

Brighton and Hove City Council declared a Climate and Biodiversity emergency following a Green notice of motion in December 2018.

Responding to the ask for £5m in February’s budget to be assigned to climate action, Greens have revealed that current figures estimate £20m investment on carbon reduction measures. This includes spending on transport improvements, warmer homes and biodiversity projects.

Despite this, a climate assembly was held earlier this year, with the report due to be released in January 2021. This will then inform the council’s Carbon Neutral Plan which is expected to be agreed by councillors in March.

Greens also say that despite the council not having a confirmed plan, progress has been made in reducing toxic emissions.

Councillor Amy Heley, Chair of the Council’s Environment, Transport and Sustainability Committee, will respond to the petition at the council meeting on Thursday. She said:

“We welcome the voices of climate campaigners as we take action on the climate crisis. I’m pleased to say that we already have plans in place that go further than the suggested asks in the petition.

“We have just finished our first climate assembly. The assembly was asked to discuss how we can reduce emissions from transport in the city. Originally planned for March to May 2020, but because of covid-19, it took place between September and November this year. I’m thrilled that the findings are going to be presented to the Environment, Transport and Sustainability committee on the 19th of January.

“The discussions from the climate assembly and beyond are what is being used to inform our Carbon Neutral Plan which is due to be published in the spring.

“We are also currently preparing our budget for February’s budget council. Despite the drastic impact of the pandemic on council services, we are determined to not bounce out of one crisis into another and know we need to invest in a green recovery. So far, our investment measures are set to reach £20m, including some delayed spending from Green’s £11m budget amendments in February this year.”

” Since declaring climate and biodiversity emergencies the city council has calculated the full impact of the city’s toxic emissions in order that we move fast to take effective action to prevent the climate crisis.

“This work includes building low energy council homes, rewilding a golf course and planting meadows in Valley Gardens. We’ve become the country’s most sustainable city for food. We are placing solar panels on our buildings and reducing the emissions from transport.

“We are doing this alongside embedding measures which will help longer term in areas of the council’s work such as planning, design, procurement and business.

“We are committed to playing our full part in reducing toxic emissions but the council only accounts for just 2% of carbon emissions in the city. As such we hope Extinction Rebellion will help everyone in the city play their part in tackling climate change.”