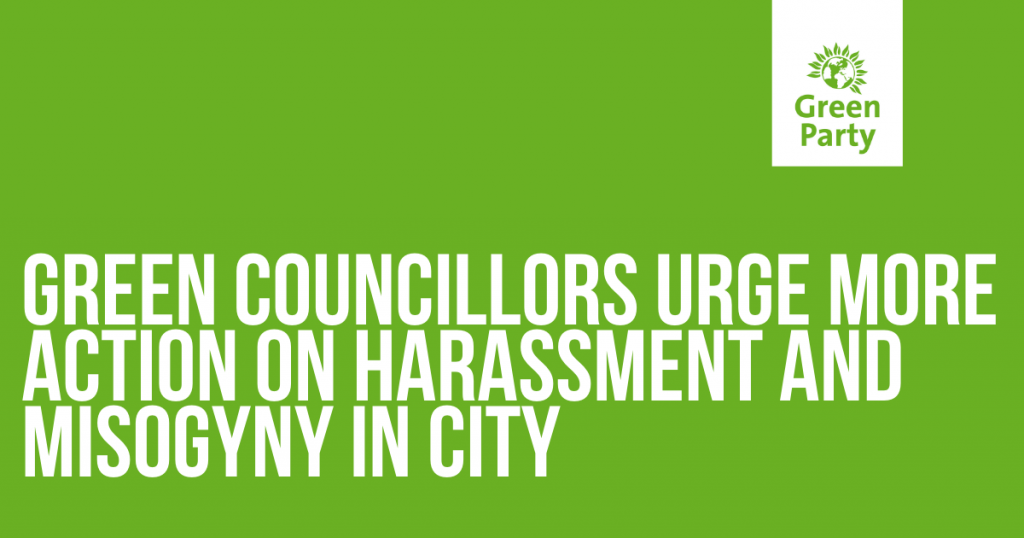 Recognising the work of the Anti-Harassment Club, who have brought to light more than 120 recorded incidents of gender-based harassment from June – October 2020, councillors will today discuss requests for more action from government and Sussex Police.

Councillors will call for Sussex Police to make misogyny a hate crime, following the example of Nottingham Police in 2016. This move would enable the research and collection of data necessary to understand the scale and scope of public sexual harassment. This data and information could then be used to address the situation through informing policy and working with partners.

Along with this, the proposals further call on the council write to the government to express support for making misogyny a hate crime nationwide, as recommended by the Law Commission. Green Party of England and Wales Deputy Leader Amelia Womack has also called for the change.

The Anti-Harassment Club is a Brighton and Hove based campaign group, dedicated to eradicating and raising awareness of sexual and gender-based harassment in public spaces. The Council seeks to recognise its efforts as part of a wider.

Councillor Steph Powell, who will put forward the proposals, said:

“The work of the Anti-Harassment Club shows how much more needs to be done to protect people from gender-based harassment in our city. We must do all we can to support them – and we will today challenge both Sussex Police and national government to take more action.

“It’s time that we recognise misogyny for the hate crime it is and we look forward to hearing from Conservative Sussex Police and Crime Commissioner Katy Bourne on what action she will take. “

“We are delighted at the cross-party support for this important issue. We look forward to working with the change makers in our city to make our streets safer. We continue to hear from both residents and visitors that gender-based street harassment is happening every day. This is not acceptable.

“We recognise and stand in solidarity with every victim and survivor and we continue to work every day to put a stop to this. Trialling making misogyny a hate crime will provide an essential insight and data into a historic issue – and begin to unravel and dismantle the patriarchal society we live in today and make way for positive change, for everyone.

“We maintain our open doors to anyone who wishes to share their experience or learn more. – this club is for any gender identity and we welcome you.”