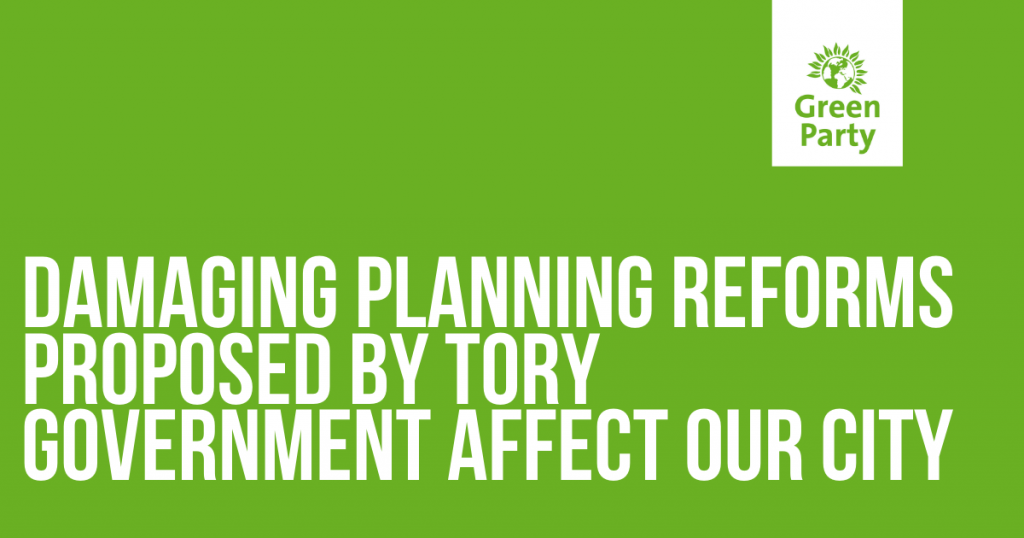 Green Councillors have today supported calls from the Local Government Association to ‘keep planning local,’ joining a host of wildlife organisations and the Labour group in resisting proposed changes to planning law.

New plans for housebuilding and planning being suggested by the Conservative government have raised alarm that Brighton and Hove could be required to increase its target for new homes by 287% – a move that could override local communities and risk green space. The reforms suggest that proposals for new developments could be ‘automatically granted,’ in areas of land that the government would designate as zones for ‘growth.’

The government’s proposed ‘white paper,’ setting out the plans, has been challenged by many campaign groups for removing the power of local communities to have a say on developments in their area. Groups such as Sussex Wildlife Trust and Extinction Rebellion Brighton have also raised the potential detrimental effects on the environment from the plans.

A series of requests put to this week’s council meeting include demands that greater say is given to local communities on decisions about the quality, affordability and quantity of new homes.  Raising the cuts enforced on local authorities from government since 2010, councillors will request government increase the funding and powers of local authority planning teams to support local communities who are faced with development in their neighbourhoods.

“Local communities should be given a greater say in planning decisions. But on top of years of cuts and attempts to undermine local control of planning policy, the latest Conservative government proposals have caused alarm – even among Conservative MPs – for putting local decision making at greater risk than ever before.

“Back in 2014 it was government inspectors who demanded that the city council find yet more land that could be built on. Nestled as we are between the sea and the Downs, we all know the impact that centrally imposed housing targets can have on local communities and green space.

“Despite our clear housing crisis, it is plain to see that restrictive planning laws favour developers and costly developments, not communities and affordable housing. The amount of affordable housing we can legally request of developers, for example, is defined by national standards, not local need.

“Greens will always press for local, community-led decisions on planning applications, and we will be glad to contact Conservative ministers to make clear our concerns.”