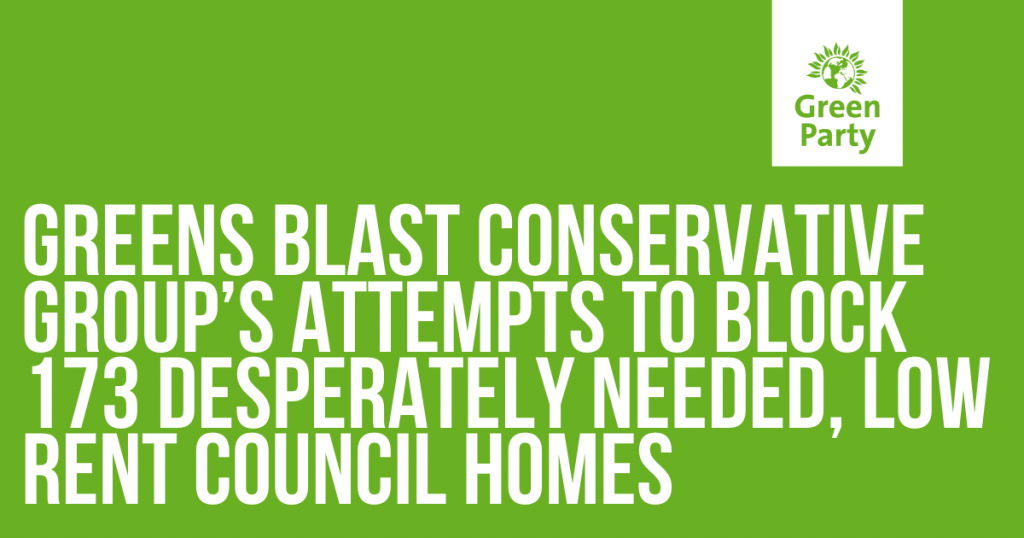 Plans to approve the development of more affordable council homes for those on low incomes in the city have been supported today, despite opposition from Conservative party councillors that Greens have branded ‘shameful.’

Thanks to changes to an agreement with Hyde Homes to set up a ‘joint venture’ for housing, almost 350 homes will soon be built in the city, including 173 new homes that will now be owned by the council and offered at a lower rent than previously thought possible, increasing the city’s supply of affordable homes. Some of the new changes have been made possible through the provision of government ‘Homes England’ grant funding.

Research has revealed that Brighton is one of the most expensive cities in the UK, based on house prices, with some estimates stating that Brighton and Hove remains one of the worst-value areas for renters in the country.

“I was really disappointed that the Tories voted against a scheme to achieve an additional 173 council houses at lower  rents that are close to “living rents” . It’s no good complaining about residents being forced to move away from the city by high rents, shedding crocodile tears for homeless people on the one hand and saying how much they support more council housing  and then voting against a massive number of new more truly affordable council houses. What’s more, these homes have been partly supported by government funding. Now more than ever we need to do more to provide genuinely affordable homes in our city –particularly as we seek to both prevent homelessness and support the many hundreds struggling with the  affordable housing crisis and a Housing market the government themselves admit is ‘broken’”

“It is disappointing to see colleagues claiming to be in favour of affordable housing but voting against the provision of it. We all clapped for carers in the summer. Yet only through increasing low cost homes and developments such as these can we also help to house key workers.

“The scheme in place also has the added benefit of £14 million in Homes England funding direct from government, funding the council itself is not currently able to apply for directly – so it has been bizarre to see local Conservative opposition. This funding will help us achieve significantly lower rents for tenants, and help us tackle the housing crisis in Brighton and Hove; so I know many will be relieved to know it will go ahead, despite the attempts from Conservative councillors to block affordable homes.”