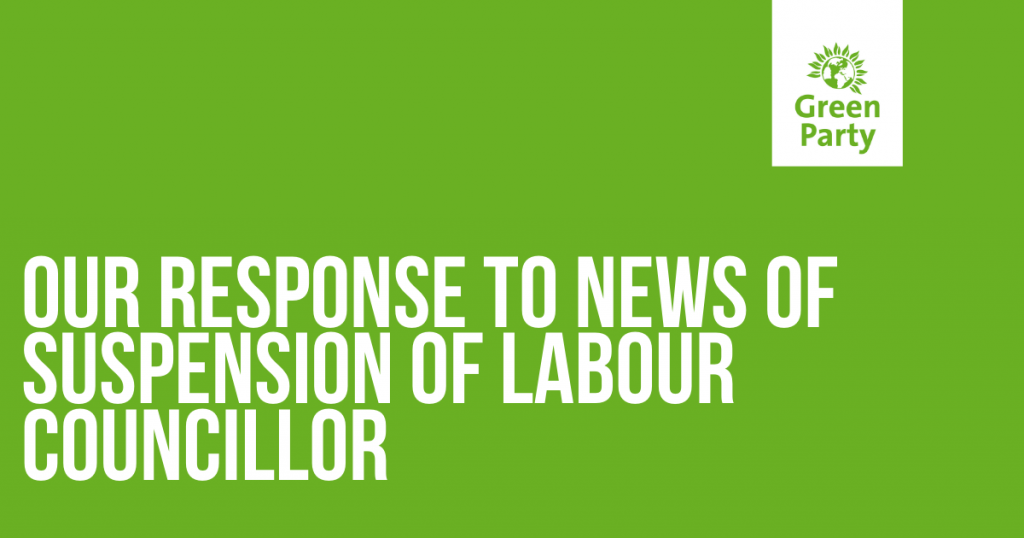 “Yesterday, Greens reaffirmed our total commitment to opposing racism in all its forms. We say again that antisemitism is unacceptable and has no place in Brighton and Hove.

“Despite previous statements suggesting that a Labour councillor would ‘sit as an independent’ while their alleged antisemitism is being investigated, we have learnt that Labour has chosen to retain this councillor as a member of the local Labour group.

“We have also learnt that Labour will offer a seat on the council’s Children, Young People and Skills Committee to another councillor being investigated. This is despite the fact that both councillors are facing the outcome of antisemitism investigations. As a result, Labour retain control of the city council; but at what cost?

“Greens recognise the impact that discussions surrounding these allegations can often have on members of our city’s Jewish communities. As civic leaders, we need to reach out to these communities, rather than leaving them at the mercy of words and actions that can serve to fuel discrimination.

“Greens are clear: we need to take a defiant stand against racism in all its forms; to minimise the impact of the Covid-19 crisis; and face the climate emergency, head on. We stand united in our commitment to these urgent goals. We are determined to deliver positive change for all communities across our city.

“Labour’s internal row means our city is missing the political leadership it desperately needs – and it is our residents who will suffer the consequences.

“While Labour cling to power, we urge them to put the best interests of the city first. Greens will not cease to hold Labour to account when, as now, they fall below the high standards our residents expect and deserve.”