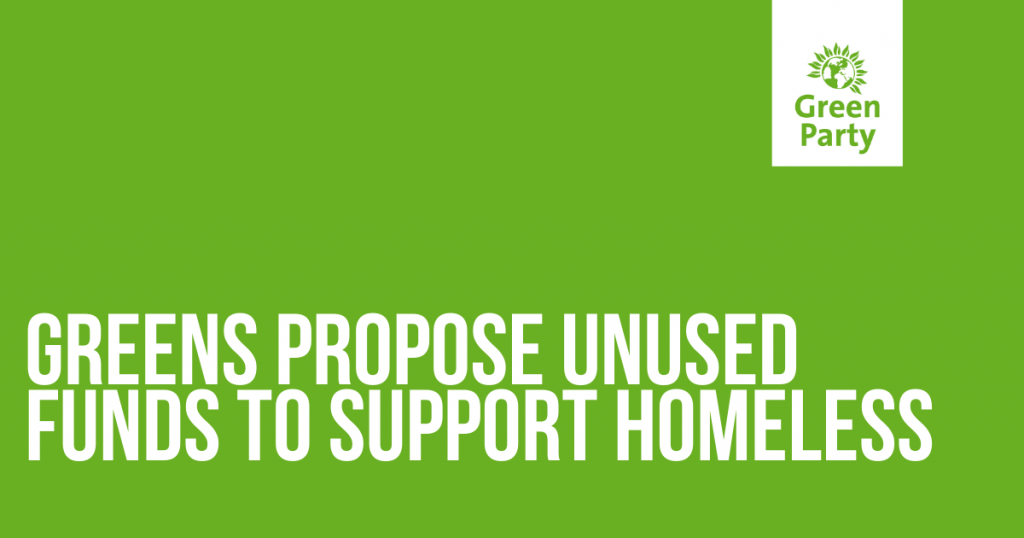 Greens have proposed more support for the city’s homeless today at the council’s Policy and Resources Committee.

Ahead of the final decision on the City’s budget for 2020/2021 in two weeks’ time, senior councillors will today debate the finer details and opposition councillors have a chance to amend the Labour budget.

Greens have proposed some funds from the under-used ‘Winter Maintenance Reserve’ are reallocated to providing additional Housing First placements.

Housing First, which was first introduced under the Green Administration, is a programme that provides unconditional support to homeless people failed by traditional approaches. It has proved very successful.

“While people live on the streets in our city, we ask that under-used reserve funds are used to provide more support.

“It is a scandal that as one of the sixth richest nations in the world we have such a high homeless population. We are committed to doing all we can to end homelessness in our city. Along with Labour we are signed up to a joint plan to end the need for homelessness,  to have a chance of achieving this we need to expand successful schemes like housing first as fast as possible “

An additional Green proposal asks for funding towards more staff in the council’s legal team, to support with the joint Green and Labour programme to build 800 additional council homes by 2023.

“We are proud to present a number of positive proposals to the City’s Budget today, which follow our principle of not cutting services to fund another.

The city council has failed to use the Winter Reserve and Greens strongly believe when numbers of homeless people continue to rise, that money would be better spent on Housing First- which works on the basis that the first thing to do is to get homeless people off the streets. We want to use some of this money on a council-led programme of insulations which warm homes, improve health and cut the city’s carbon footprint.”