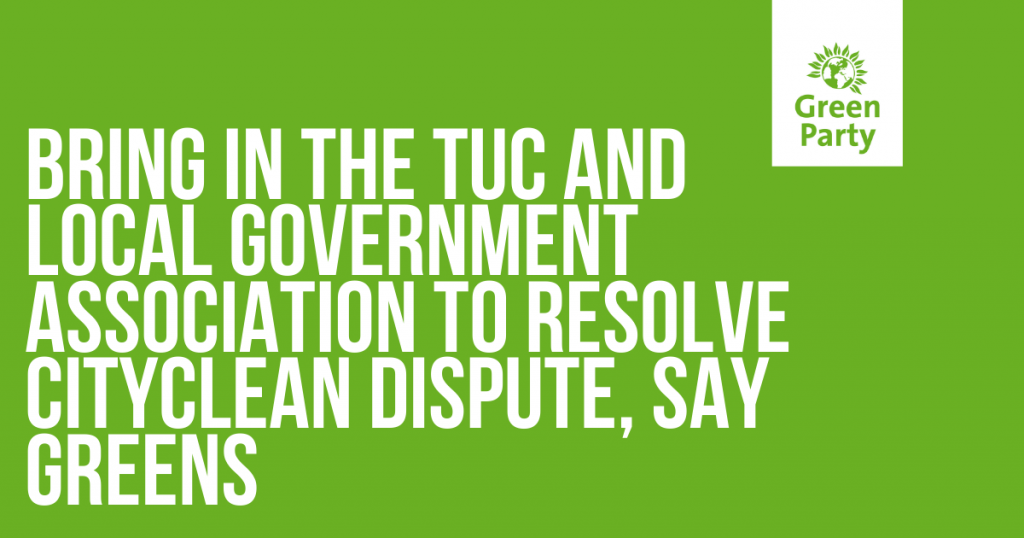 Greens have repeated their call on the Labour Council to immediately involve external organisations in resolving the CityClean dispute after the press and public were excluded from a key meeting.

A meeting of Policy and Resources Committee (Thursday, 5th December) included an agenda item on ‘CityClean and Future Industrial Relations.’ However, Greens raised frustrations that the discussion excluded the press and members of the public, but was chaired by Labour Councillors who are also members of the GMB Union at the centre of the dispute.

Issues of poor industrial relations continue at Brighton and Hove City Council, following a ballot for strike action called by the GMB Union over Pride weekend.

Greens say the Trades Union Congress, the organisation that represents workers and Trade Unions, and the Local Government Association, the body that represents councils, must now be called in to help resolve the dispute.

At the meeting of Policy and Resources Committee, Greens also called for information from the report on underlying issues affecting the CityClean service to be made public.

“Councillors have repeatedly been made aware of ongoing industrial relations issues affecting CityClean. A set of decisions on the way forward were taken in a private session of a recent Policy and Resources (P&R) committee. The substantial scope of those decisions means Green Councillors are now asking why some of that information is not in the public domain. Especially as the only hint that the discussion was happening at all was the title of the decision in the public report. This is seriously at odds with the council’s commitment to make transparent decisions – and it is our view that this lack of transparency will only erode resident confidence in the council’s ability to manage waste and rubbish collections. Without any attempt to engage the public with the issues, we fear the problem will, once again, not be resolved speedily.

“To help the council resolve industrial relations, it has been the long-standing position of the Green Group of Councillors that we need the help of the Trades Union Congress and the Local Government Association. Both organisations are adept at negotiating complex discussions and have the experience to win long-lasting success. We are frustrated that this has been ignored, especially since it is clear that despite much noise and several urgency meetings, poor industrial relations still remain. So that our residents can have trust in what are key council services, we need to urgently call in these outside bodies to help resolve this ongoing dispute.”