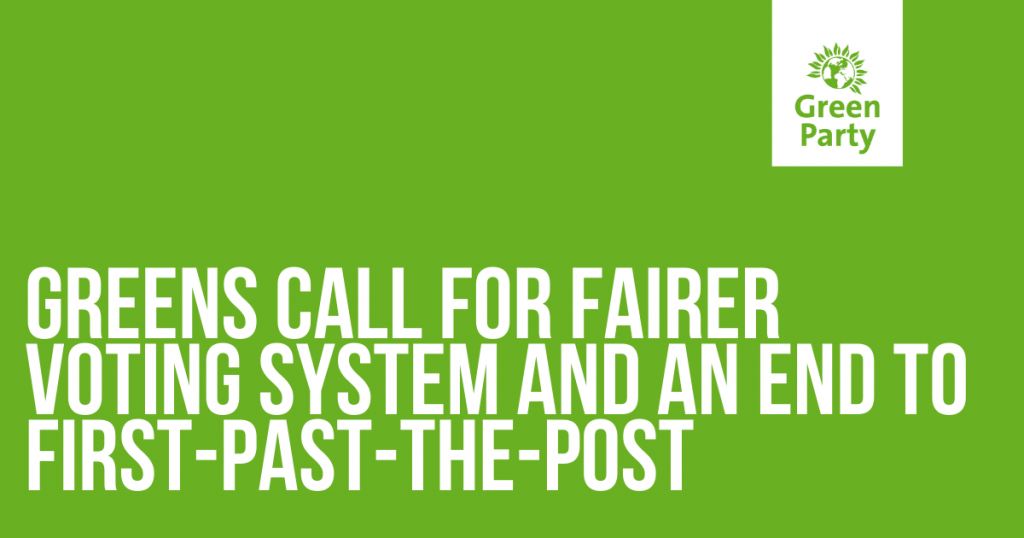 Green Councillors have successfully pushed Labour councillors to back a change in the voting system used for local and general elections.

Greens say the current ‘first past the post,’ system is deeply unfair, and has denied voters choice and proper representation at both local and general elections. The Green Party advocates for proportional representation, so that seats more closely match the vote share received by political parties.

Under the current system, the number of MPs a party has in parliament rarely matches their popularity with the public. The Conservative Party received 43.6 per cent of all votes cast – but 56 per cent of all the seats in the House of Commons. According to the Electoral Reform Society, more than 14.5m voters were unrepresented in the last general election, after 45% of voters rejected their local MP.

Cllr Mac Cafferty and Cllr Clare also called on the council to condemn and oppose plans to further weaken the current electoral system through the introduction of ‘voter ID.’ Trials resulted in people being refused the right to vote after failing to produce certain forms of identification. Given that 11 million people in the country do not have a driving licence or passport, Greens say plans for voter ID are a ‘disgrace.’

Green Councillors have welcomed news that local Labour Councillors have finally accepted the argument for a fairer voting system, despite resisting reform in the past. Pointing to the fact that over three quarters of Labour members back proportional representation, Greens say it is high time that Labour seek to end the monopoly of a voting system that favours the two main parties.

“Our voting system is bankrupt, and fails at the basic task of representing voters. We have the perverse situation where nearly 14.5m voters are unrepresented – nearly half of the votes; and where it took over 800,000 votes to elect one Green MP but just 38,000 for a Conservative MP in another area.

“It is high time that Labour support changes to our voting system. Their own membership support fairer votes – and they have suffered just as badly as the Greens under the current system. Labour got 40% of the vote only two years ago, yet only 262 seats. People are forced to tactically vote – rather than being given the option to vote for what they believe in. Our system doesn’t account for the fact that in 19 out of 20 general elections, most people voted for parties to the left of the Conservatives – yet they have been in power for most of the time. Boris Johnson has no mandate – but he will plough ahead with scrapping workers’ rights and attacking the BBC.

“2 in 3 people believe that the party’s share of the vote should closely match seats they receive. Greens stand for a much fairer voting system – making the votes people place proportionate to who wins on the day. It’s time for us to face up to the fact that we have evolved beyond the Victorian voting system that support the two parties – and the way we vote urgently needs changing.”

“First Past the Post holds back our democracy from becoming more diverse – it creates ‘unwinnable’ seats and ‘safe,’ seats – holding others back from getting elected. Where proportional representation  is used, a more diverse set of politicians are elected.

“For decades, other countries have used fairer voting systems; and it’s high time we caught up. This applies to both local elections too – English local elections are now the only ones in the UK conducted under first-past-the-post.

On top of this, we should be concerned about the direction of our voting system. Trials on ‘voter ID’ took place this election – trials that turned half of voters away – even though incidences of actual voter fraud are incredibly low. Plans to introduce ID disproportionately affect those unlikely to have identification; such as poorer people and those from BAME backgrounds. This is unacceptable. It is high time we made our voting system fairer – at every level.”