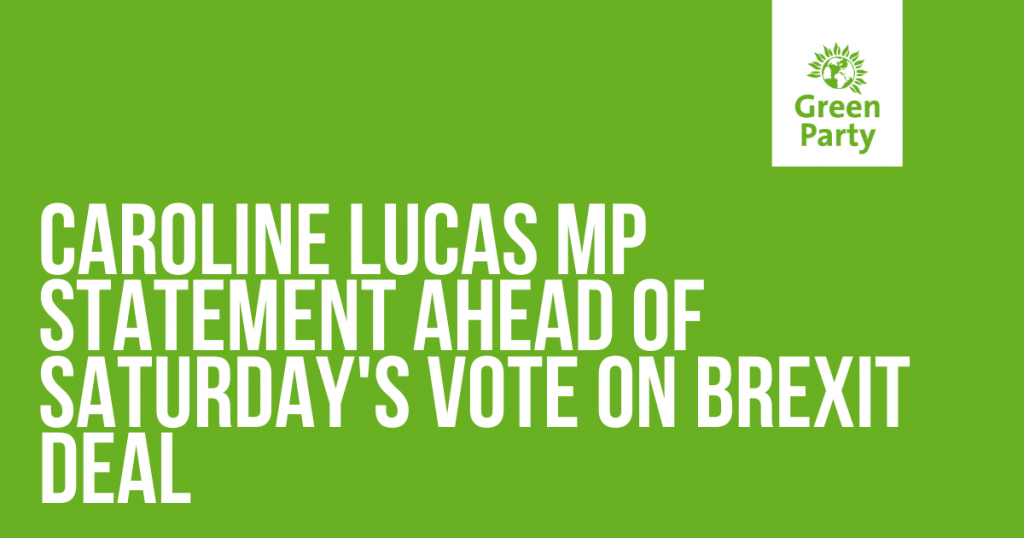 Caroline Lucas, Green MP for Brighton Pavilion, issued this statement ahead of the House of Commons debate on Saturday, on the Prime Minister’s Brexit deal.

“There is nothing in this deal to benefit our country.  It will leave people worse off, jobs harder to find, businesses struggling and a race to the bottom as environmental and social standards are dumped.

“It looks like a huge con on the British people because, if the vote succeeds, it will take us into a short transition period – giving people the completely false impression that there will be no impact on living standards, or workers’ rights and consumer protections outside the EU.  Boris Johnson will doubtless use this opportunity to try to win an election and put in power a hard-right government which will then run down the clock to the end of the transition period so we end up leaving with no deal.  One of the Conservative hardliners has already admitted that this is the plan.

“By then it will be too late to stop it.  We will be out of the EU, we will have lost our environmental, social and consumer protections, and we will be an easy target for the corporations of Trump’s America as the government desperately looks for new trade deals.

“This is an incredibly dangerous moment for our country.   Theresa May used to say ‘no deal is better than a bad deal’.  This deal is both: a bad deal with a no deal hidden inside.”