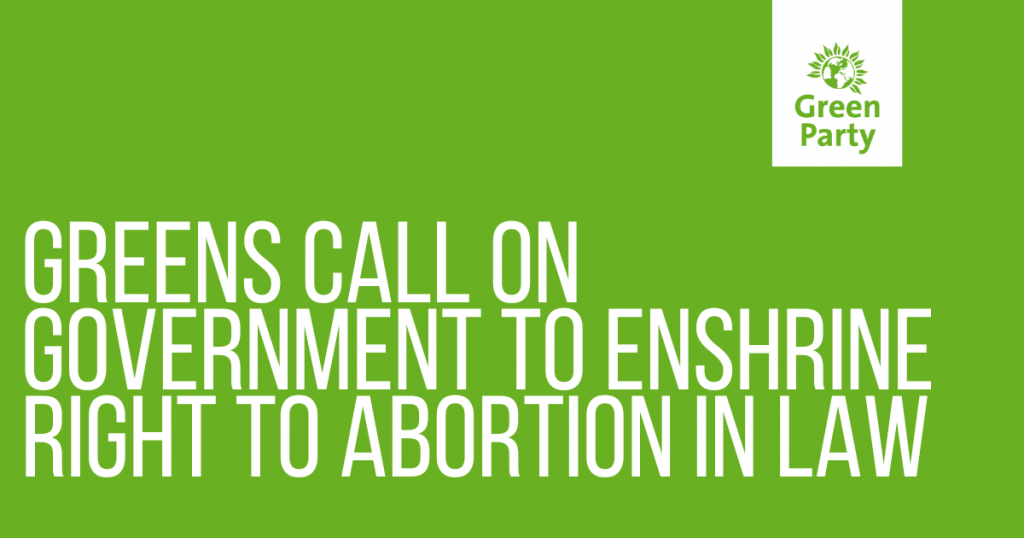 Green Councillors will today call for the retention of the right to abortion at a meeting of all 54 councillors.

A green motion to Full Council this evening, states that the council should reiterate “its support for a woman’s right to choose free, safe & legal abortion” and highlights the continued failure of commissioned abortion services in Northern Ireland, despite it now being legally permissible. This means that those seeking an abortion still need to travel abroad to do so.

Following a landmark judgement by the US Supreme Court to overturn Roe vs Wade, Greens will highlight the need for concrete law to protect this vital service. Should the motion pass, the council will write to the Government requesting it’s place in a Bill of Rights. The Bill of Rights legislation was introduced into Parliament in June.

It comes as the Conservative Leadership race enters its final stages, with some campaigners raising concern about the candidates views on abortion. Both Rishi Sunak and Liz Truss have abstained on previous parliamentary votes on buffer zones and decriminalisation of abortion.

Cllr Marianna Ebel, who is proposing the motion said:

“The judgement in the US should be a point of concern for women across the world – and closer to home there are continued warning signs. Our sisters in Northern Ireland still do not have access to safe and legal abortions, which should be a mark of shame on our Government.

“As the Conservative Party finds it’s next leader – now is the time for them to do the right thing for women. But the voting record of both final candidates suggests otherwise – and we look forward to them taking action to protect this vital right for women. ”