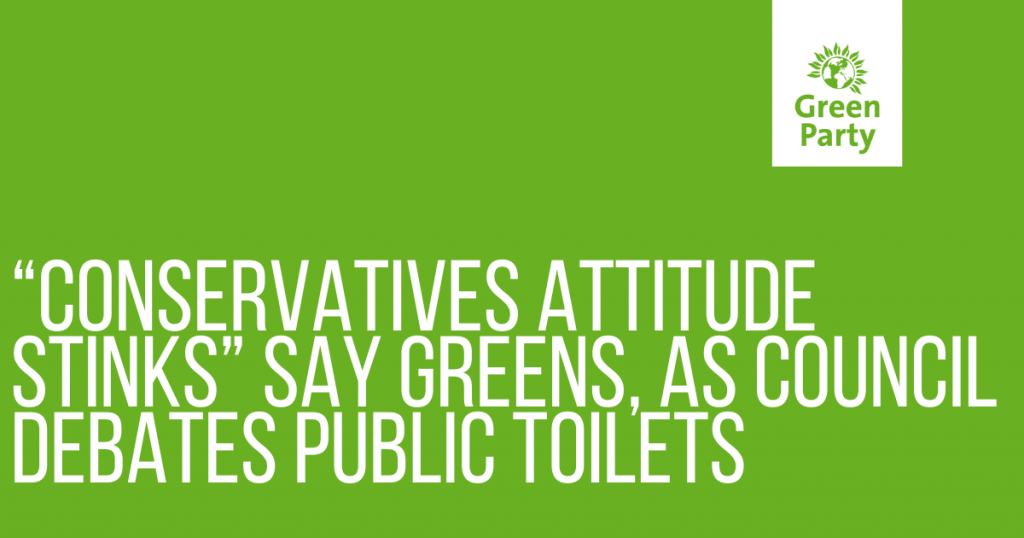 Green Councillors today put forward an amendment to a conservative motion which calls for the council to improve public toilets, highlighting that this work is already underway.

A report which set in motion a public toilet refurbishment programme was presented to councillors at the Policy & Resources Committee in July 2021. The City Council website highlights that work will commence on refurbishing three toilet facilities in the autumn this year.

The conservative motion also calls for the purchase of portaloos over the summer, which Greens say is not possible. Cllr Nemeth, who is proposing the conservative motion, previously called portaloos ‘festival-style toilets’. They were provided in 2021 due to one-off covid-19 funding from Government, with a £71,000 contribution from the Welcome Back Fund and £50,000 from the Contain Outbreak Management Fund.

Greens also say that the new contractual arrangements, where the council is now responsible for the cleaning and maintenance, will provide ‘better management.’

Cllr Siriol Hugh-Jones, who is proposing the amendment said:

“This political posturing from the Conservatives is only serving to mislead the public, despite the planned refurbishment programme being publicly available. Meanwhile, their u-turn on the provision of portaloos shows that they can’t make their mind up on what they want. Their attitude quite simply, stinks.

“We know that our toilets are in a sorry state – and that’s why they will be refurbished, starting with Kings Esplanade, Daltons Bastion, Station Road and Saltdean Undercliff in the autumn. In the meanwhile, bringing the cleaning and maintenance of toilets in-house in light of concerns about the standard of service by our previous contractor has been a resounding success, despite some recruitment difficulties. The recent increase in the lowest pay grades at the council will benefit our cleaners, who were previously earning the living wage.”