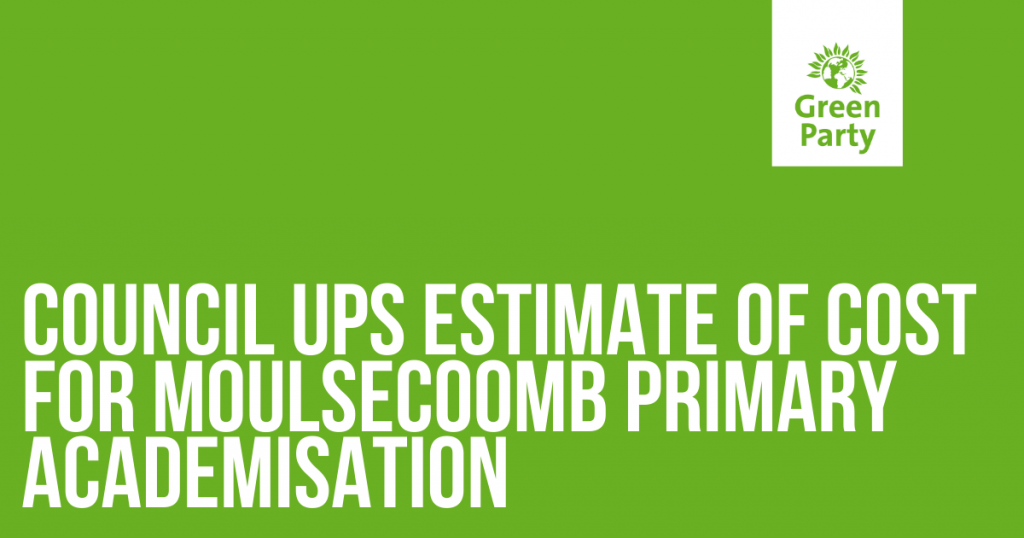 New figures show that the academisation of Moulsecoomb Primary will cost council over £300,000

Figures released this week show the academisation of Moulsecoomb Primary will cost Brighton and Hove City Council over £300,000. Previously released figures showed this cost to be at least £209,000, therefore presenting a £108,000 increase.

In a report going to the council’s Policy & Resources committee on Thursday 1st July, the council has said that the legal costs of the process will reach £317,000.

Concerns at this weeks’ schools’ forum showed that headteachers and Governors across the city were alarmed at the impact on their budgets from the costs the council will incur through the forced academy order. However, Greens say they will not push these costs onto other schools.

The funding will instead come from one-off funding identified from last years’ final budget figures.

“These costs are eye-watering – and it’s shameful that the Government are not only taking away the school from our community but forcing us to pay for it too. This is just one of many ways the Government are forcing their failed ideology of academy schools on the city, no matter the feelings of the parents, children and staff.

“We are taking the funding from our general fund, meaning it will not impact other schools in the city. But this will have an impact on the council budget overall, proving once again that academisation is a no-win for everybody. We remain committed to fight against the forced. academisation at Moulsecoomb Primary School.”