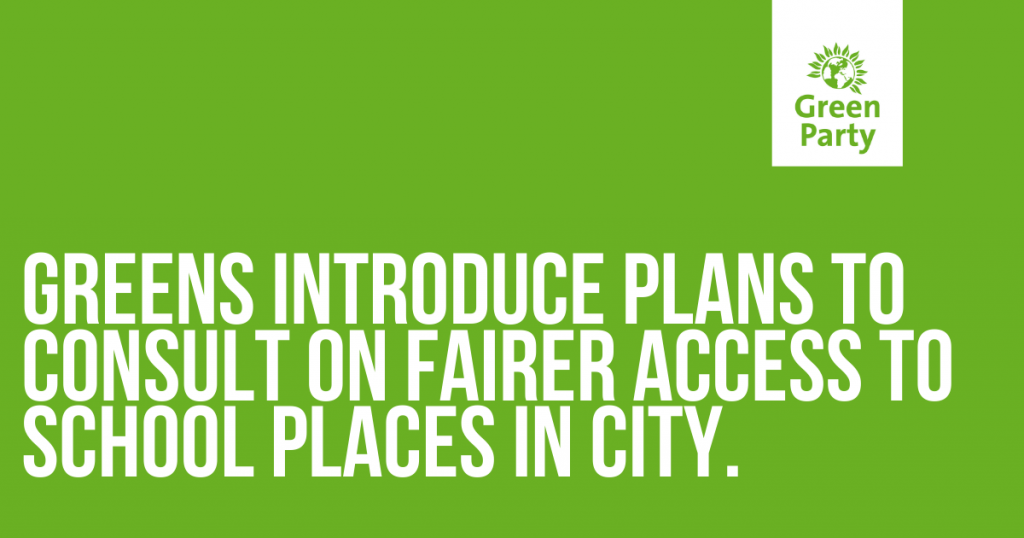 Following commitments earlier in the year, Greens have today announced plans for a school places consultation in Brighton and Hove.

Greens have today announced plans to consult widely on the future of school places in Brighton and Hove. In a report going to the Children, Young People and Skills committee in two weeks, councillors are being asked to agree to a period of consultation on how the city manages school places and catchment areas.

The consultation will also offer a chance to comment on how the city manages additional school places at primary level, after a recent judgement from the Schools Adjudicator criticised the previous approach. While Greens reaffirm that the approach of trying to more equally allocate places with reductions at larger schools is fairer, a different way will now need to be explored.

Following this stage of the consultation, formal plans will be drawn up. These will then be presented for a further consultation later this year.

“Without managing our school places properly, we can sadly end up in heartbreak, as we have seen this year. So, it’s really important that we get this right, in an approach that looks more long term.

“Because funding for all of our schools is linked to pupil numbers, if we do nothing right now, school budgets, particularly at smaller schools, may suffer. This means the schools have less funding to provide a high-standard level of education and support our city’s children and families. This is particularly important as data shows us we should expect to have more spaces than there are pupils in the city in 2030. While we remain critical of the Government’s approach to school funding, we will work to make it as fair as we can by introducing changes.

“I know that people want to have their say in how we do this. But often people are presented with plans and don’t feel like they can shape them properly. Our approach means that people will be able to have a say in shaping the plans, prior to their creation, and that we plan longer into the future.”