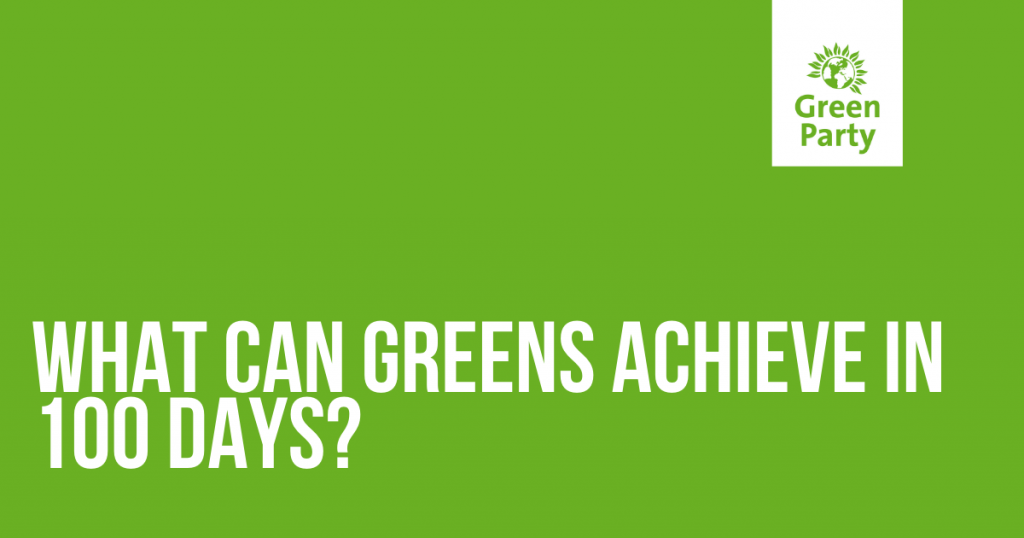 On July 23rd 2020, Greens became the largest party on Brighton and Hove City Council and after five years in opposition, once again became the ruling party.

Our first 100 days ended on 31st October 2020 and to showcase what we achieved in this time period, we’ve produced a report.

Taking over in the middle of a global public health pandemic, where the council budget was stretched more than ever – was never going to be easy. But we have shown decisive leadership and creativity to begin tackling our cityís biggest challenges.

Even in opposition, Greens ensured we took action on some of our biggest challenges. We worked cooperatively with the Labour party to take action on the climate crisis, to tackle the housing crisis and to combat the worst impacts of a full decade of Conservative government cuts. Some of these achievements have begun under their leadership – with our support – and we will continue to work constructively together now they are the opposition.

This report reveals a snapshot of our achievements in our first 100 days in administration. But it’s the real tip of the iceberg. While we’ve been hard at work running the city we’ve deepened our roots in our communities too. We’ve organised pop-up mini parks, or ‘parklets’. We’ve supported community groups with gardening projects. We’ve helped community groups unlock funding to help them realise their full potential.