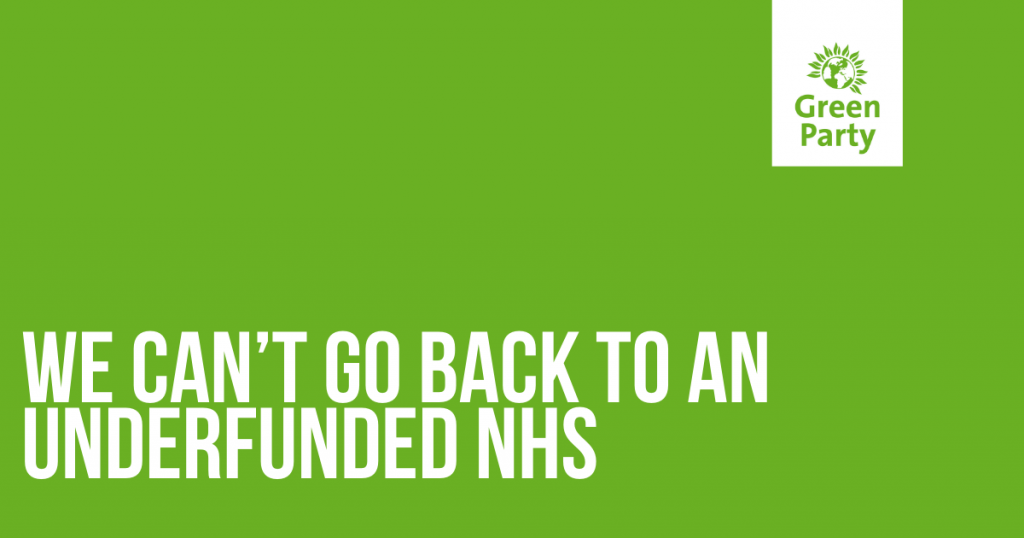 In his fortnightly column, Cllr Phélim Mac Cafferty, Convenor of the Green Group of Councillors, writes on the need to support our NHS now more than ever.

At the time of writing 60 health and social care workers around the country have died from the pandemic.

Over the weekend the Prime Minister expressed platitudes about his debt to the NHS at the same time that many front-line workers still aren’t being tested and don’t have protective equipment (PPE).

The questions Green Councillors raised on PPE and care homes two whole weeks ago have never been more relevant but there is now no question that government inaction, complacency and denial has enabled this pandemic to grow. We are pressing for more resources locally and I welcome that testing will be expanded to include staff and residents at care homes.

But with concerning national news on deaths in care homes, we urgently need more information on the scale of the problem faced by those in care. Every worker who needs protective equipment must have it. Our most vulnerable and older people must be shielded.

Repeated cuts to our NHS, and privatisation ‘through the back door,’ have weakened services and why Greens for the past decade have consistently opposed both.

Worse still, dedicated NHS staff have been let down by the government cuts agenda: study bursaries for new nurses scrapped, appeals for better pay rejected. There are 43,000 unfilled nursing vacancies, combined with a huge drop in applications from the EU after Brexit. We also need adult social care workers treated with respect, decent pay and well-funded local services.

Government cuts set a course for our health system that should have been avoided. Commissioners holding NHS purse strings are unelected yet given a vote on our local health decisions. We need a stronger health care system with democratic, local, accountable decision-making power, in order that we can act in the interests of communities now and in future.

Many are saying that things won’t be the same again. But maybe some things shouldn’t. A striking slogan from the protests in Hong Kong reads: ‘We can’t return to normal, because the normal that we had was precisely the problem.’