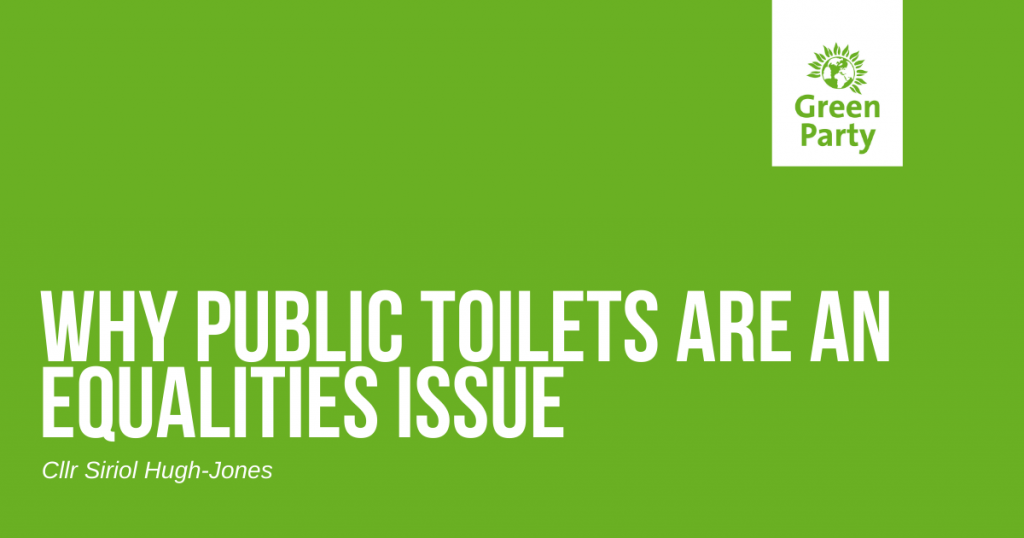 I vividly remember my disappointment as a small child when an invitation to “spend a penny” turned out to be a visit not to the nearest sweet shop but to the loo. But this was the 1970s and euphemism was the name of the game, at least when it came to biology.

It was a Brighton plumber, George Jennings, who show-cased the first public flushing toilet at the Great Exhibition in 1851. This led to “public conveniences” becoming more widespread in the UK, though they were initially built for men only. A woman’s place was regarded as being in the home and the lack of public conveniences essentially kept them there.

In 1900 the London Vestry of St Pancras received a deputation of omnibus proprietors and local residents, all opposed to the construction of a public toilet for women. The reasons given are remarkably similar to those cited by any self-respecting NIMBY today – residents opposed its construction based on the potential impact on property prices while the omnibus operators described it as a traffic obstruction. (This was despite the fact that there was already a men’s convenience in the middle of the intersection across the street from the proposed women’s facility.) Notwithstanding the intervention of another member of the London Vestry, one George Bernard Shaw, in the form of his essay ““The Unmentionable Case for Women’s Suffrage”, it was five years before the Park Street lavatory was eventually built.

Even when it fell to women to staff the munitions factories that produced 80% of the shells and munitions used by the British Army during the Great War, employers saw the provision of dedicated facilities for women as an onerous responsibility. This situation persisted in the aftermath of both World Wars. Women were seen as threatening men’s jobs so there was little incentive to “convenience” women in any way.

Today, the Workplace (Health, Safety and Welfare) Regulations 1992 require the provision of a reasonable number of toilets for those expected to use them. Yet, as recently as last year, the Unite union published research showing that tens of thousands of workers across the UK suffer a lack of “toilet dignity”, where they are either not provided with proper toilets or have restrictions placed upon their use of these facilities.

Outside the workplace too, there remains a shortage of women’s toilets, and increasingly of public toilets in general. Earlier this year, the Royal Society for Public Health (RSPH) issued a report aptly entitled “Taking the P***”. The report identifies the increasing decline in public toilets as a threat to health, mobility, and equality. It points out that the lack of public toilets disproportionately affects people with ill health or disability, the elderly, women, outdoor workers and the homeless. Awareness of a lack of facilities nearby acts as a ‘loo leash’, deterring as many as one in five (20%) from venturing out of their homes as often as they would like. This rises to over two in five (43%) among those with medical conditions requiring frequent toilet use. Over half (56%) of the public restrict fluid intake due to concern over lack of toilet facilities, despite the fact that deliberate dehydration can seriously affect health and exacerbate existing medical problems.

The role of local government

Local authorities are not legally required to provide public toilets and consequently many cash-strapped authorities have cut these services. Brighton & Hove City Council has kept public toilets open (though many are closed over the winter), but poor performance by the current cleaning contractor has understandably led to complaints from users.

The RSPH report calls on the government to make the provision of public toilets compulsory and to reverse years of funding cuts to local authorities by investing in civic infrastructure, with a particular emphasis on ensuring fair provision for women. It also encourages national and local government to pilot innovative new ways of financing public toilets. Finally, it calls for the eradication of the toilet taboo: public loos and their role need to be more freely addressed in the discourse around public health – we will no longer be forced out of embarrassment to ignore that pressing need.

Cllr Siriol-Hugh Jones is a councillor for Preston Park ward.