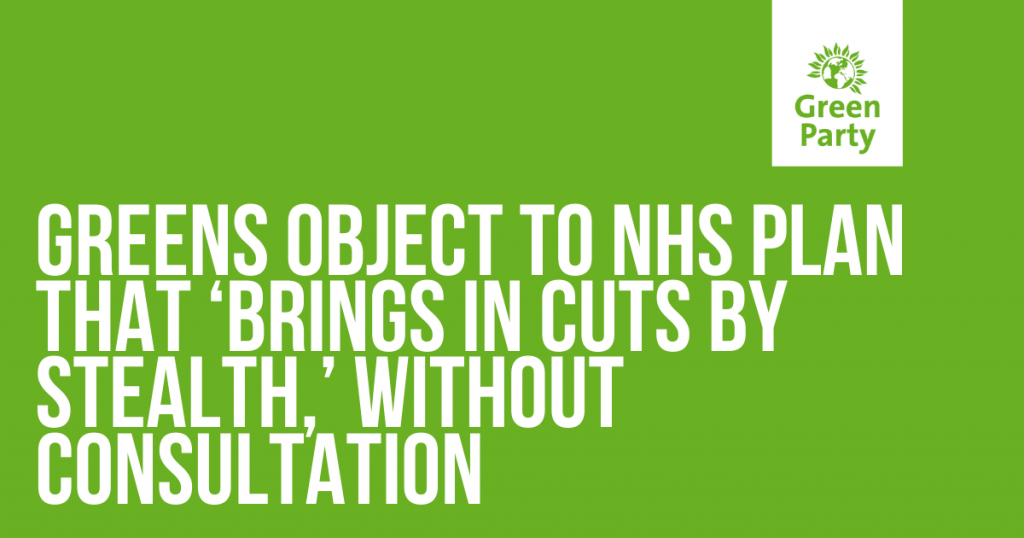 Controversial plans that could see the NHS open to privatisation and budget cuts were voted through a meeting of the city’s Health and Wellbeing Board yesterday, despite Green and campaigner objections.

Pointing to the lack of adequate funding for health and social care services, Greens pushed the local health authority the Clinical Commissioning Group (CCG) to explain how plans to reform the NHS could be achieved against a backdrop of budget cuts.

Greens also challenged the CCG to put forward a plan that acknowledges the lack of funding for adult social care, reduced capacity of community groups to support the health service and the impact of Brexit on staff shortages.

Calling for greater scrutiny of the plans, Green Councillors Sue Shanks and Sarah Nield pushed the council to reject the proposals – until further consultation with the public takes place.

However, despite Green objections, the board voted to submit the NHS plan. Only one Labour Councillor was present to vote on the plan with no Conservative Councillors in attendance.

In the absence of other elected members, Green condemned the lack of democratic oversight of the plans and called for the report to be presented to all 54 councillors at a meeting of Full Council.

Green Councillor Sarah Nield, member of the Health and Wellbeing Board commented:

“All that is positive in this report is set against the backdrop of the NHS being expected to ‘balance the books’ and shrink their spend. Rather than providing a better service, our concern is that plans to ‘innovate’ will become a smokescreen for privatising services or making cuts.

“Such pressure on our local NHS also blatantly ignores the obvious: huge rising demand – and the abject failure of the Conservative Government to provide any assurances on funding for adult social care.

“The city council is listed as a ‘key partner’ in health and social care integration. However no-one outside of the Health and Wellbeing Board has been given the chance to scrutinise these plans – let alone be consulted on them.

“We called on the Board to delay the NHS plan until better public consultation can take place.   We are extremely disappointed that the Board did not support these proposals – Greens refuse to stand by while huge NHS changes are ushered in through the back door.”

“In these next few weeks the whole political landscape could change.

“We are still waiting for a Government paper on the funding of Adult Social Care, and of course the huge problems which may be potentially experienced for staff if we leave the EU. Due to these factors, community concerns and the lack of consultation we wanted to put this huge NHS reform plan on hold – a request that was not upheld by the Board.

“Greens will continue to interrogate plans for our local NHS – and any attempts to make ‘savings,’ that could in fact bring in cuts by stealth.”