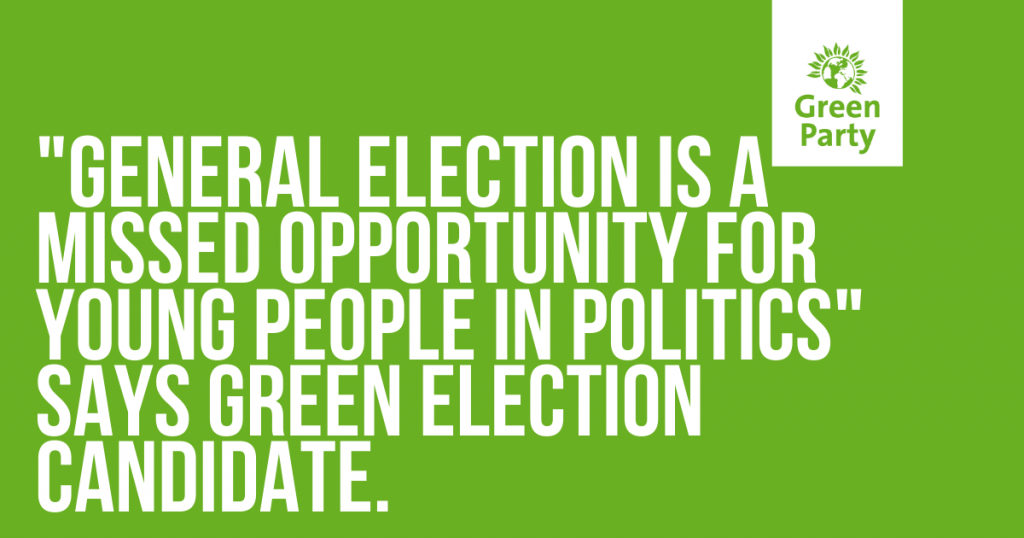 “We are ready for a General Election, and now more than ever is the greatest chance to elect more Green MPs. With our climate and biodiversity emergency, we need more voices like Caroline Lucas to stand up for future generations.”

As former councillor for Brunswick & Adelaide ward, Ollie Sykes successfully lobbied for an extra £500,000 in 2019 to tackle the climate emergency head on.

He added: “This General Election is a missed opportunity for young people in politics. It is about time that young people are given a chance to vote for their future.”