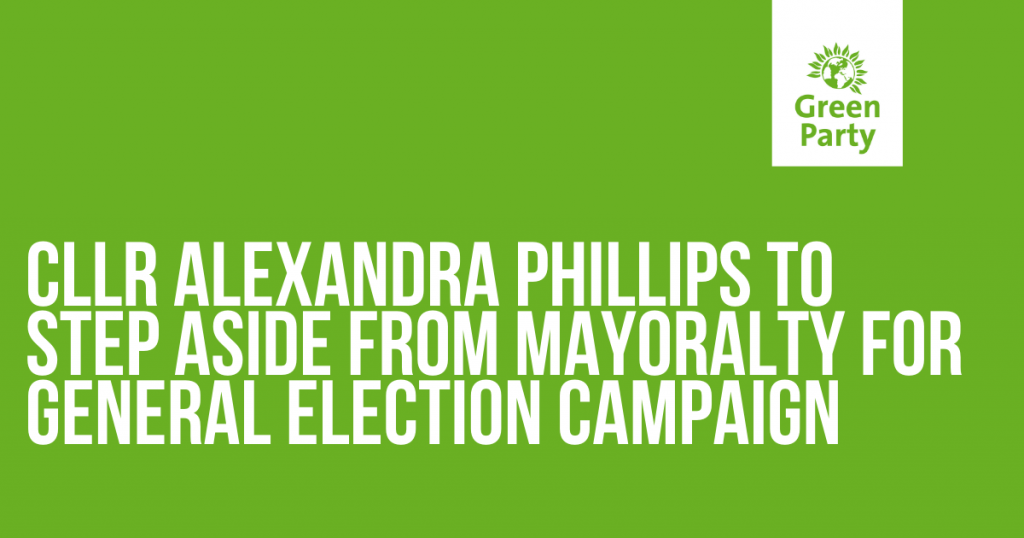 With the support of politicians of all parties, and because of her desire to preserve the political neutrality of the Mayor, Councillor Alexandra Phillips is stepping aside from her Mayoral duties for the duration of the General Election campaign, and she will not be claiming the Mayoral Special Responsibility Allowance during this period.

Alexandra will be fighting to become the first ever female MP for Brighton Kemptown, offering a radical plan to create jobs, address inequality and heal communities, and fighting for a say on any final Brexit deal for everyone, whether they backed Remain or Leave.

Alexandra believes that electing more Green MPs to work alongside Caroline Lucas in parliament is the only way to drive radical change in our city, and that it is time to offer the people of Brighton Kemptown the choice to vote for who they believe in –  to vote Green and get Green.

Just like Caroline Lucas in 2010, Alexandra will remain a Member of the European Parliament while she fights the campaign; if she wins, she will stand down as MEP and her seat will pass to another Green.

Alexandra and her colleagues in the Party are very grateful to Deputy Mayor Alan Robins during this time and for his contribution to maintaining the Mayor’s support for brilliant local charities and community groups.