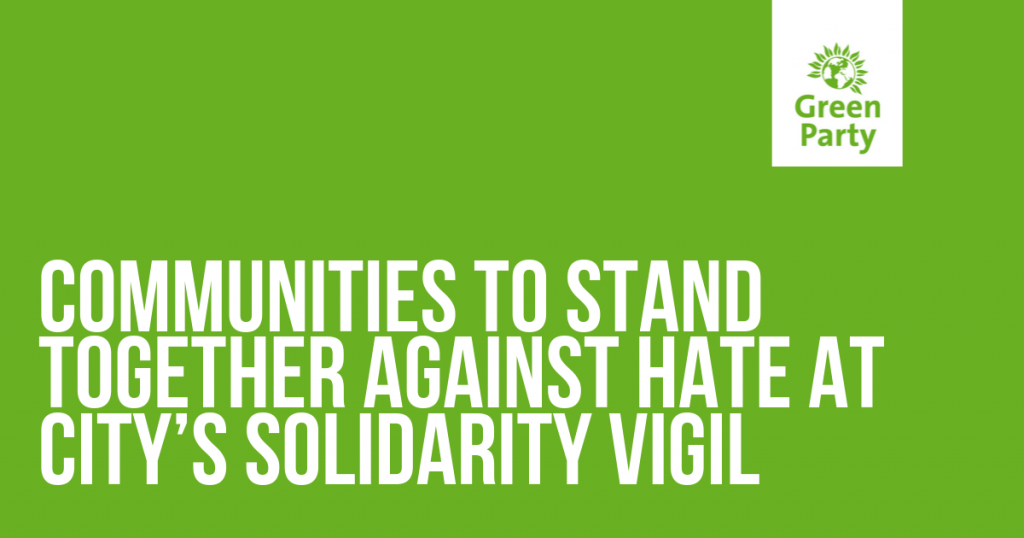 More to be done to support and prevent hate crime, say Greens

Green Councillors will join others speaking out against hate crime at a community vigil taking place today.

The ‘Brighton and Hove Community Solidarity Vigil Against Hate Crime,’ will take place at 6pm outside the Rainbow Hub on St James Street, Wednesday 16th October. All are welcome to attend and show solidarity with those affected by hate crime, as part of ‘National Hate Crime Awareness week,’ 12th – 19th October.

Organised by the Brighton and Hove Community Safety Forum, other community organisations across the city, including the Racial Harassment Forum, Rainbow Hub and Network of International Women will also be present at the vigil to help raise awareness of hate crime, and promote local support services and resources.

Part of the event includes making ‘two minutes of noise,’ to challenge the silence around hate crimes and remember those affected.

A council report on community safety and crime published this July revealed that the number of racist, religiously motivated, transphobic and disability hate crimes in the city are on the rise.

In the last year alone, the number of recorded transphobic hate crimes increased by 43% – and disability motivated hate crimes by 27% on the previous year.

The report also states that ‘a lack of trust and confidence in reporting mechanisms and the responses of authorities,’ continues to have an effect on how victims of hate crime are supported.

“This evening Green Councillors will join the Brighton and Hove vigil against hate crimes. No one should fear being attacked because of their sexuality, religion, race, disability or gender identity. But sadly 10 years after the establishment of National Hate Crime Awareness Week, hate crimes are still rising and we still need to show we stand united against them.

“We have some of the strongest Sussex Police support on the issue of hate crimes-for example conviction rates have significantly improved. But we know that there are still concerns around the effectiveness of reporting. According to figures from Stonewall, 81% of LGBT people who experienced a hate crime didn’t report it to the police.

“But we can only effectively stand against hate crime when the government provides the funding to prevent it. The recent claims that there’s been a boost in police funding don’t stand up to scrutiny. Even with the new recruits announced last week, there are still 234 fewer constables and 161 fewer Police Community Support Officers than there were in 2010.

“In spite of the political turmoil of Brexit that has seen hate crimes rise –  and stay high, it has never been more important that we work together to stamp out hatred, and Green Party Councillors will continue to raise awareness, push for better sentencing and support for survivors.”