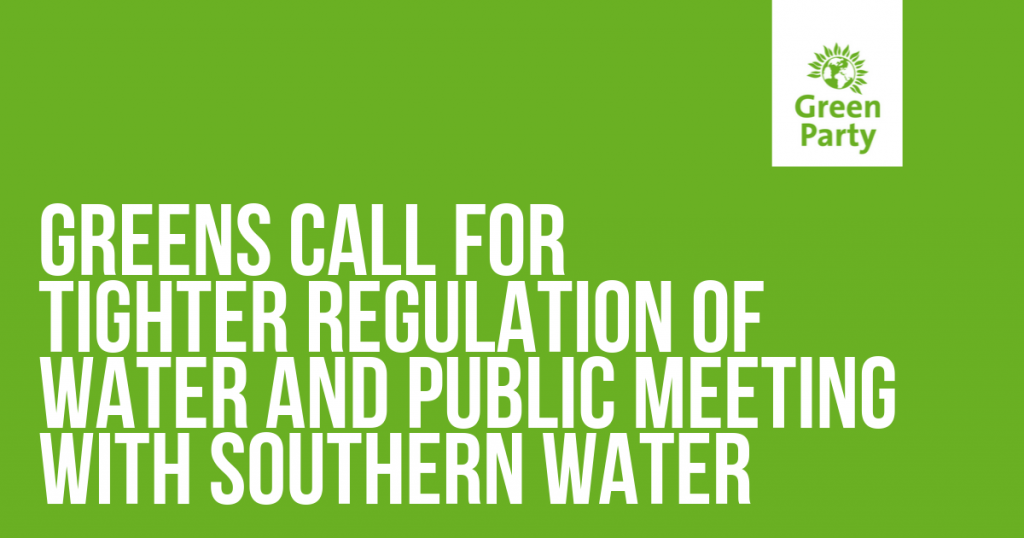 Prioritising costs does little to protect our environment and water quality, say Greens

Costs of purchasing water directly and cutting out ‘water retailers’ must be measured against the impact of protecting the resource, say Greens in response to a report on ‘water self-supply.’

Greens asked the council to explore options for the council to buy water ‘direct’ from the supplier – cutting out some water companies and their profit margins – as part of a proposal that went to Policy, Resources and Growth Committee in July.

Councils such as Blackpool and Nottingham that opted for a ‘self-supply’ licence report a greater say over the management of the water supply. In some cases, councils with the licence have been able to introduce measures to reduce water consumption and improve environmental impacts.

Pointing to the number of sewage spills and other complaints against Southern Water, Greens say that the environmental impact of better local water regulation must be considered along with the cost. According to the Safer Seas service, Brighton and Hove beaches were affected by more than 28 raw sewage spills between May and the end of August this year.

Condemning the lack of scrutiny over Southern Water’s operations, Green Councillors have also called for tighter regulation of water, and say Southern Water must urgently be called to a public meeting to account for sewage spills damaging our local environment and wildlife.

“The failings of Southern Water are yet another reminder that privatisation of water has been disastrous for our city. We have lost public scrutiny for this vital resource – and too often cost savings have been put ahead of our environment. Worryingly, water quality data is not even always available and Southern have been allowed to continue operating despite numerous sewage leaks. It’s no surprise then that protests against their operations took place in July this year. That’s also why we want to see a public meeting so that residents can hold Southern Water to account.

“While there is little we can do in the current market, a few months ago, a Green proposal asked the council to consider other options for purchasing water. The option of ‘self-supply’ has helped other councils tackle issues of water consumption and given participating councils a greater say in how water is managed.

“Reports from the council today on the options to buy our water directly from the supplier do focus on cost savings. Yet there are far bigger costs at sake – namely our environment, and the very integrity of the water that both people and planet need to survive.

“Protecting our environment is a cost-saving: to fail to do so will bring on far more costs down the line, not only in terms of hard cash, but also in terms of the impact of poor water quality on the environment and public health.”