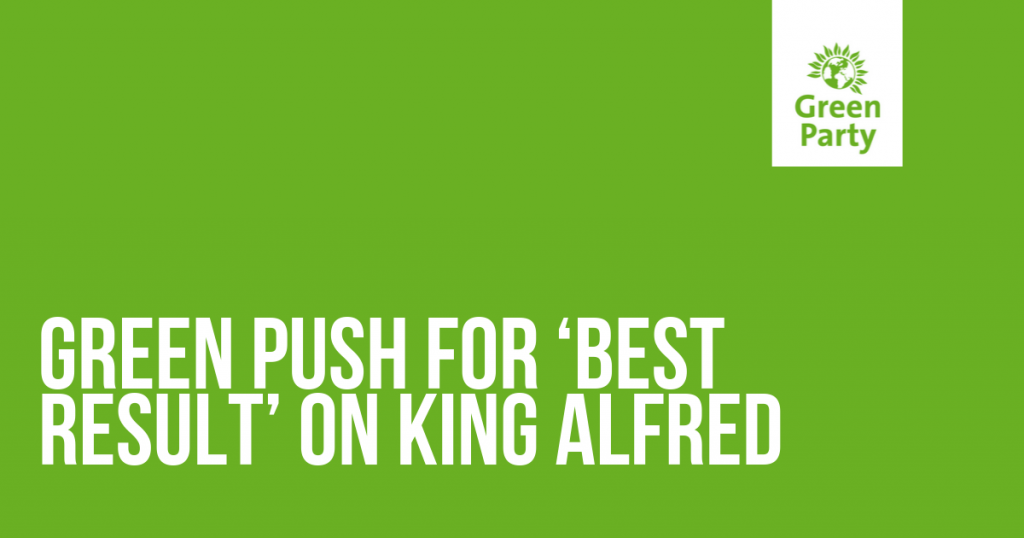 The council must seize an important opportunity to make progress on the King Alfred development, Greens have said.

A report going to Policy and Resources Committee today sets out the council’s intention to close the current contract, following the withdrawal of the preferred developer, Crest Nicholson, from the redevelopment project.

Greens had previously condemned Crest for withdrawing from the King Alfred redevelopment at the last minute, after the developers cited Brexit uncertainty as their reason for delay.

Following the last minute withdrawal of Crest, Green Councillor Phélim Mac Cafferty said that the closure of the current contract represents a historic opportunity to finally unlock the scheme and seek out other options that could be viable.

A Green proposal asking the council to look at new ways of taking the scheme forward passed unanimously in committee today. Green proposals included asking the council to explore options to develop the scheme ‘in house,’ and also to look at multi-site approaches, where the value of housing could be used to develop a swimming pool in a location more accessible to residents.

The proposals from the Greens also asked for a project delivery timetable to be presented to the city, covering the intention of the council over the next five years.

“Again, Greens are pushing for the best result on the King Alfred. We did not shy away from warning Crest not to take our city for granted as they delayed the project further and further. At the last minute, they pointed to the effects of Brexit on their development plans: but their shocking failure to plan let our city down.

“The closure of the current procurement for the redevelopment projects represents a historic opportunity to unlock a scheme that we have been trying to make a success since Greens called the site forward for development in 2013.

“However, we must also learn lessons – fast- from previous failures. We know that many other sites we have unlocked: such as Circus Street and Preston Barracks – have required cooperation with other partners: and we must now do the same with the King Alfred.

“We urge the council to work with landowners across Hove, as well as look to its own capacity, to fulfil the vision of keeping a swimming pool for the community – particularly through a vision that prioritises access to buses, trains and sustainable transport for our residents.
“I am pleased that our proposals for the council to establish new delivery methods for the scheme passed unanimously. It’s time for a new vision for King Alfred.”