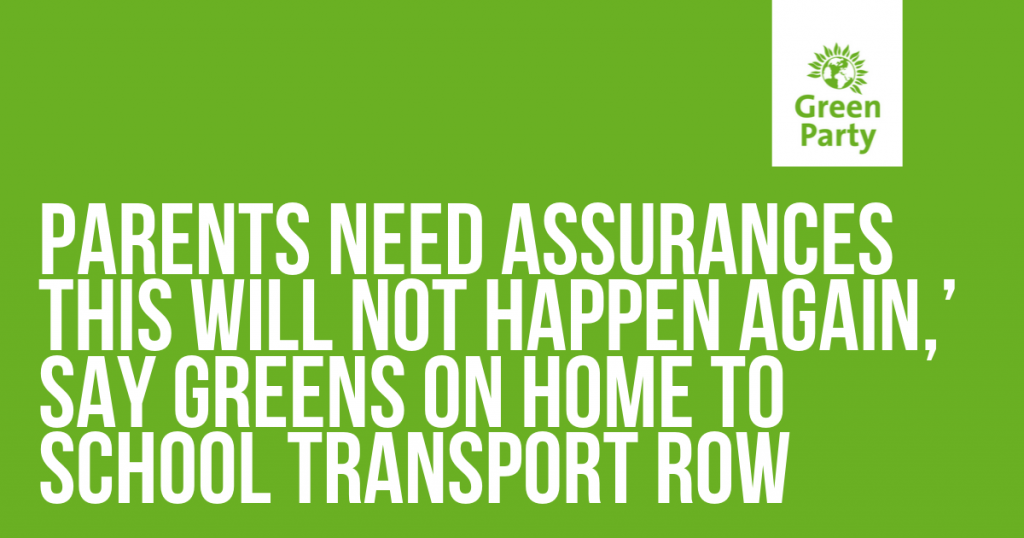 Greens say a failure by the Labour Council to provide adequate school transport for vulnerable children must not be allowed to happen again.

New contract arrangements for the provision of home to school transport were branded a ‘shambles’ after many children were left without a driver to take them to school.

The changes, which included introducing a private consultant to manage the service, were widely criticised for putting cost-savings before the experience of parents and children.

As many as 30 children were left waiting for transport which never arrived at the beginning of the September term. In some cases, parents and children had no opportunity to meet with their drivers or to arrange for children with disabilities to be escorted to the school gates.

Greens say that attempts to create a market – so that multiple providers were able bid for routes – led to a ‘nightmare,’ where providers could bid but then withdraw at the last minute, leaving children without transport to school.

Speaking at a meeting of Children, Young People and Skills committee, Green Councillors raised a series of failures they say led to ‘unacceptable hardship and distress,’ being caused to disabled children and their families.

New Labour chair of the committee, Councillor John Allcock, was also asked to commit to recompensing parents and families for the distress caused – including in cases where parents had taken time off work to bring their children to school.

An independent inquiry into the service will now take place. Highlighting the appointment of Councillor Allcock as the fifth Labour chair of Children, Young People and Skills committee since May 2015, Greens also called on Labour to commit to ‘proper oversight’ of such vital issues going forward.

“It is clear that something has gone very wrong with the procurement of new home to school transport contracts for young people in our city. The new contract arrangements allowed a market to open up, where providers could compete to put in the lowest bid – then withdraw if it seemed too costly or inconvenient. These changes created a nightmare in arranging home to school transport that left disabled children and their families in hardship and distress.

“While Greens welcome news that this issue will now be the subject of an inquiry, I am concerned that the Labour council has not provided enough oversight of the issue. With five Chairs appointed to oversee Children, Young People and Skills since May 2015, Labour must urgently reassure the city that proper, steady leadership will be in place going forward. Greens say unequivocally: this must not be allowed to happen again. Cost effectiveness must not come before the needs of families with disabled children in our city, who expected – and rely – on the home to school transport service.”