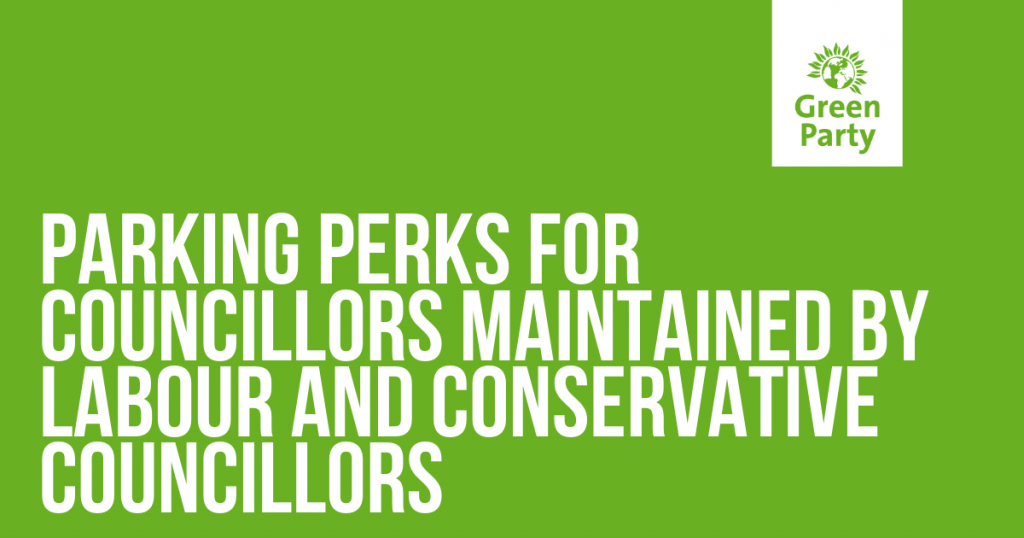 Time to set a positive example for the city and encourage public transport use, say Greens

Proposals that Councillors fully fund their own car parking passes have been rejected by Labour and Conservative Councillors today.

Greens had called on the council to abolish free parking for councillors in Norton Road and the Lanes as part of the budget in February 2019, a move supported by Labour Councillors at the time.

However, a request from Greens that a subsidy for councillor car parking be removed was voted down by Labour and Conservative Councillors during a meeting of Policy, Resources and Growth.

A report going to the committee instead recommended that councillors receive a subsidy for car parking passes, with members making a small contribution towards the car park pass.

Councillor Clare, who proposed that councillors fund their own car park pass, commented:

“We recognise that Councillors will seek to use varied forms of transport to access meetings across the city. However councillors are supported in using public transport to do this. Providing discounted car parking passes disincentivises councillors from taking a more sustainable option – when we could be setting a positive example. Our residents will question why we are preserving dated parking perks.

“Where councillors do choose to drive, we asked that pay for their own car parking in full. As we look to promote public transport use, this would be one way of demonstrating we recognise the need to shift away from car use. We are shocked Labour chose not to support this, given their backing of a climate emergency declaration and their previous support for public transport.”