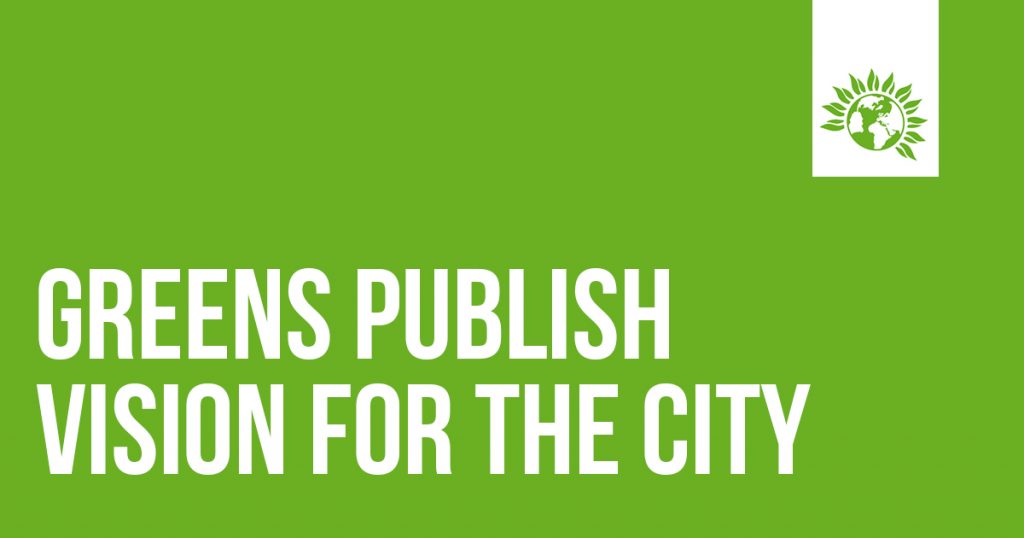 Response to city development plan from Green Group made public

Green Councillors have published their response to Brighton and Hove City Council’s development plan, City Plan Part Two, including new ideas for affordable housing and sustainable transport they say will enable the city to thrive into the future.

The response submitted by Green Councillors is available to read in full online. [1]

Greens say that while councils are constrained by national planning law, the city plan must be taken as an opportunity to hold developers to the highest standards possible on issues such as sustainability, affordability and design.

Over 50 new proposals are detailed in the Green response, including:

-launching a pilot of an intergenerational housing scheme at Toads Hole Valley, to support our ageing population;

– creating a design charter and holding developers to a higher standard in energy efficient homes;

–  demanding air quality provision at all development sites, not only in Air Quality Management areas;

– a space for nature in all development; with vegetation and tree planting to mitigate air pollution;

– district heat networks and a boost for community energy, so residents have warm homes and lower energy bills;

– improving public and community spaces in the city centre, to enhance walking and cycling; and a commitment that all developments will prioritise ‘car free’ access and links to public transport;

– using gaps on the high street for ‘between use’ with new business start-ups;

– greater protection for the historical and heritage fabric of Brighton and Hove’s retail;

– introducing storm drains and the reinstatement of the lost flood plain in Patcham;

– stricter ecological studies for urban fringe sites, and the commitment of the most outstanding and strict environmental commitments for any development granted access to an urban fringe site; requiring no less than 100% genuinely affordable homes;

– identification of further sites in the city centre lying vacant for new genuinely affordable housing, such as above car parks or shopping centres, studies for denser housing on some brownfield sites, and truly affordable housing at the Brighton General Hospital site;

-Demanding a consistent approach to the area between the train station and Churchill square, focusing on public space, accessibility, clearer and cleaner pavements and on-foot travel;


“We are pleased to be able to share our responses to the council’s development plan with the city. In our view, the challenges that lie ahead – a rising need for affordable housing, a growing elderly population, increasing air pollution and climate change –mean that a development plan for our city must be visionary and forward-thinking. It should hold developers to the highest sustainability standards possible as well as boosting community wellbeing and quality of life. That’s why Greens have focused on how future development plans can put the community at centre stage – prioritising affordable housing, green spaces, public transport and community facilities.

“As we did with our political leadership in the City Plan Part One, Greens believe that a well-designed and well-planned built environment creates benefits which go far beyond just bricks and mortar, such as protecting our fragile environment, and boosting other areas of the economy such as tourism, retail and leisure.

“The recent halt by developers of the King Alfred leisure centre project has again reminded us that the balance is still tipped in favour of developers. Yet we need to ensure community needs are met by future development plans. Although we are constrained by damaging and short-sighted national planning rules, this should not stop us from showing political leadership. The City Plan helps to inform planning policy, so we hope the Labour Council take on board new ideas that put our city on a path to more sustainable development.”