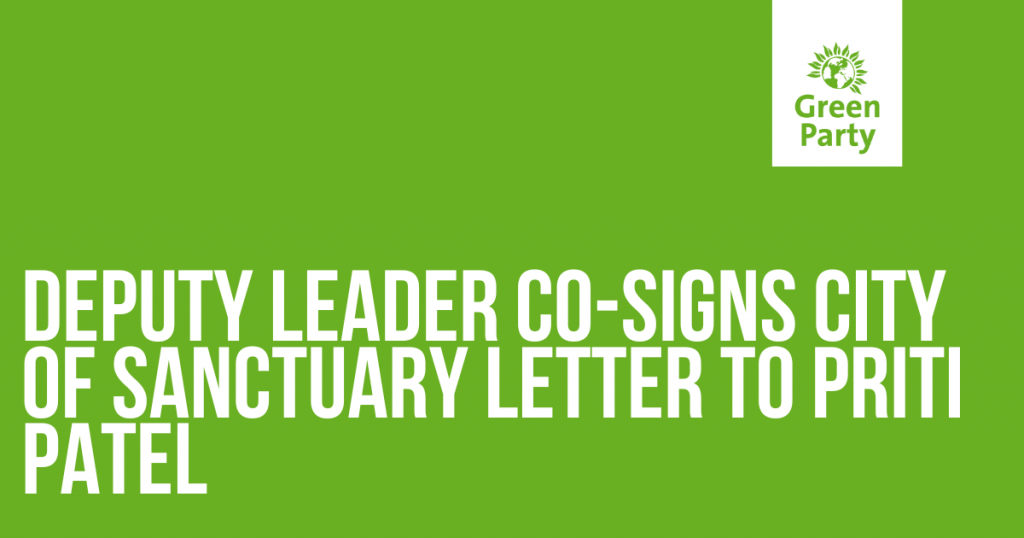 I have long been convinced of the need to celebrate the way our country is enriched by the
refugees who seek sanctuary here. So, it was a particular privilege to welcome the
Orchestra of Syrian Musicians to the Brighton Dome at their Brighton Festival performance
in May. Brighton & Hove is a more vibrant, welcoming thanks to the Syrian shop owners,
drivers, doctors, building contractors – and musicians – who have sought sanctuary here.

Sadly, in the last couple of years there have been many other conflicts that have forced
people to flee from their homes – including Afghanistan, Ethiopia, Yemen and now Ukraine.
Across the country, councils have collectively supported and provided refuge for 46,500
Ukrainian refugees who have arrived in the UK via the Homes for Ukraine scheme.

But the work of organisations such as the City of Sanctuary Network, the Refugee Council,
and, more locally, Voices in Exile, the Hummingbird Project and Thousand 4 £1000, is
increasingly at odds with the rhetoric of the Conservative government.

This government set up the Afghan Citizens’ Resettlement Scheme – intended to focus on
the most vulnerable of those left behind following the military withdrawal – but has failed to
give a start date for the pathway for those still in Afghanistan.

It set up the Homes for Ukraine scheme – which has been beset by safeguarding problems –
and failed to get it to work. (Essentially, local authorities have stepped into the breach here.)
Most recently it has introduced a scheme to deport asylum seekers to Rwanda that fails to
respect the right to have their claim for refugee status examined. Instead, the decision to
deport is based not on the merits of the claim but on how the individual reached the UK in
the first place. And to add a lack of financial probity to a moral vacuum, the government has
failed to demonstrate that the scheme even represents value for money.

This schism is less to do with who we are welcoming (or rather, not welcoming) and more
with who we think we are, or strive to become. Are we a country that lives up to the norms
and values it espouses? Or are we content to turn our backs on those in hardship?

This week, I became one of a group of local councillors to sign an open letter to the Home
Secretary calling on her to: