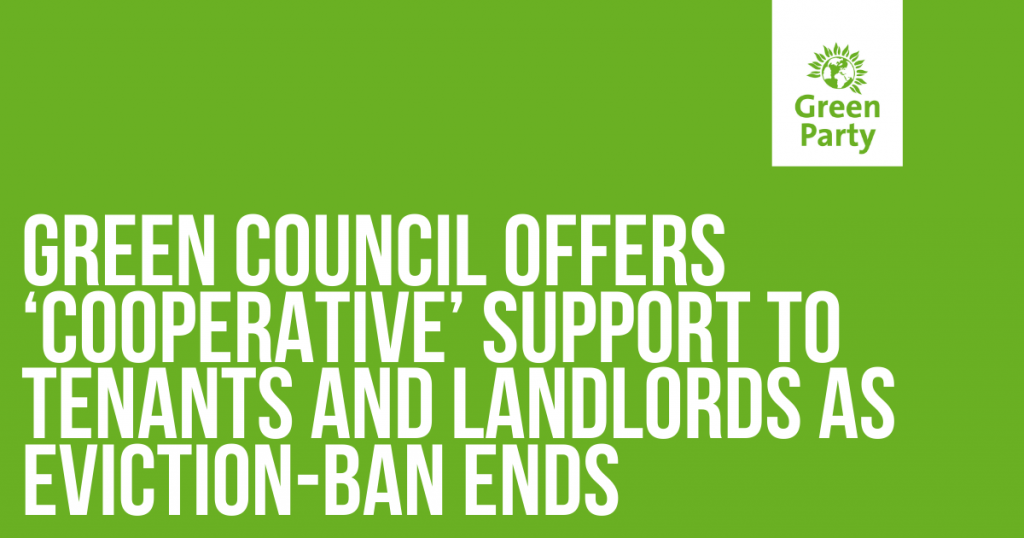 As the ban evictions ends today, councillors have extended an offer of support to both landlords and tenants to ensure tenants aren’t left homeless.

The ban on bailiff-enforced evictions, which ends today, Monday 31st May 2021, has sparked concern among councillors, who say the ban lifting could lead to an increase in homelessness.

Evictions were temporarily banned during the pandemic, but the ban has now been lifted. Previously, the ban has been extended on two occasions; however, the Government have confirmed this will not be the case.

As the ban ends, councillors are writing to landlords in Brighton and Hove to outline the council’s offer.

Greens are continuing to progress plans for how the council can best support renters, including researching and developing a social lettings agency, reviewing the feasibility of an ethical loan scheme for renters and to developing an advice hub for private renters.

“We are concerned that the ending of the eviction ban may increase the number of people homeless in our city and are concerned to see it ending. While we appreciate this is not a long-term solution, the fact remains that the loss of a privately rented home is a major cause of homelessness in the city.

“We are encouraging landlords to work with us and avoid the ‘easy route’ of eviction. We want to encourage all landlords to join the good landlord scheme and will support with brokering conversations between tenants and landlords to avoid eviction.”

Councillor Martin Osborne, who leads on the private rented sector for the Greens added:

“Too many rents in our city are unaffordable and the Government’s plans do not address what we need. The Queens speech this month recommitted to ending Section 21 evictions but gave no timelines or mention of the Renter’s Reform Bill. This is disappointing.

“Greens believe that renters should have greater security of tenure, with assured short hold tenancies being phased out and replaced with new stable rental tenancies and bringing in rent controls. These work well in other European countries, and we will continue to lobby government to introduce them. In the meantime, we are working hard as a city council to do what is within our power to make renting better for everyone.”