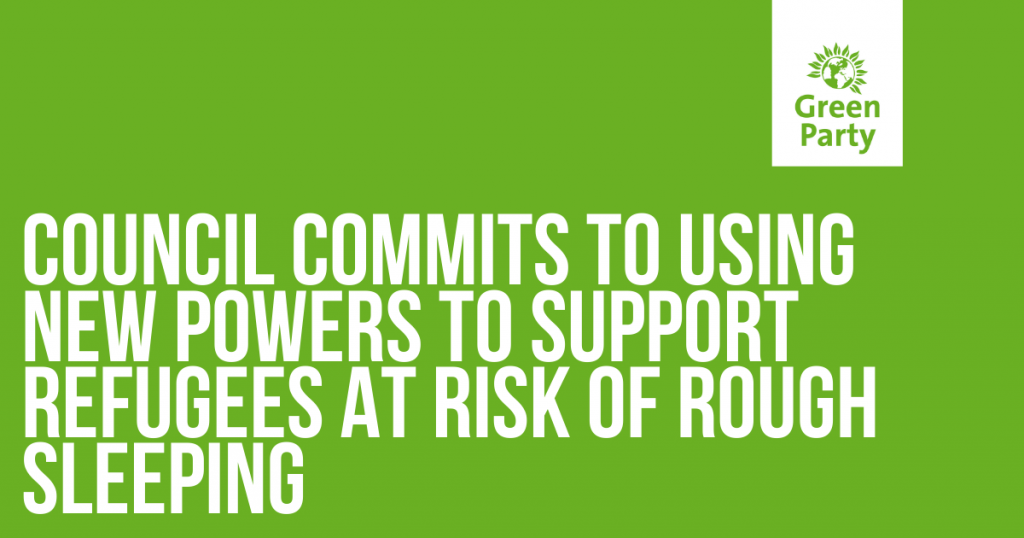 In a letter sent to Sanctuary on Sea, Voices in Exile and Thousand for Thousand Council leader Phélim Mac Cafferty has committed to doing what it can to support refugees at risk of rough sleeping.

Brighton and Hove City Council has today confirmed that following a recent court judgement issued against the council, that it will use its clarified powers to provide accommodation to rough sleepers who have ‘no recourse to public funds’.

In a letter sent to local campaign groups, Council Leader Phélim Mac Cafferty has expressed the council’s plans to provide support to rough sleepers during the pandemic.

Under the court judgement, councils can help those with no recourse to public funds who are not entitled to support from other agencies where there is a danger to life.

Brighton and Hove City Council has today confirmed it will be using these powers, limited though they are. The Council will also be working with refugee organisations to ensure it is clear what housing advice the Council is able to provide to those with no recourse to public funds.

“Regrettably, despite the pandemic, the government opted not to suspend the immigration-based exclusions from welfare and homelessness assistance. Such a suspension would have helped people with leave to remain in the UK to access essential support, such as Universal Credit and statutory homelessness assistance, and would have enabled them to avoid eviction and homelessness while they were unable to work. Changes to immigration legislation that make rough sleeping a legal ground to cancel or refuse permission to be in the UK make it harder for the local authority to engage with already vulnerable people and provide them with the support they nee.

As a City of Sanctuary, we deplore those changes. We are only too aware that the law around accommodating those without recourse to public funds remains complex. That is why we propose to publish a clear policy that covers not just the application of identified powers in the circumstances of the pandemic but also the situation as we begin to recover.”