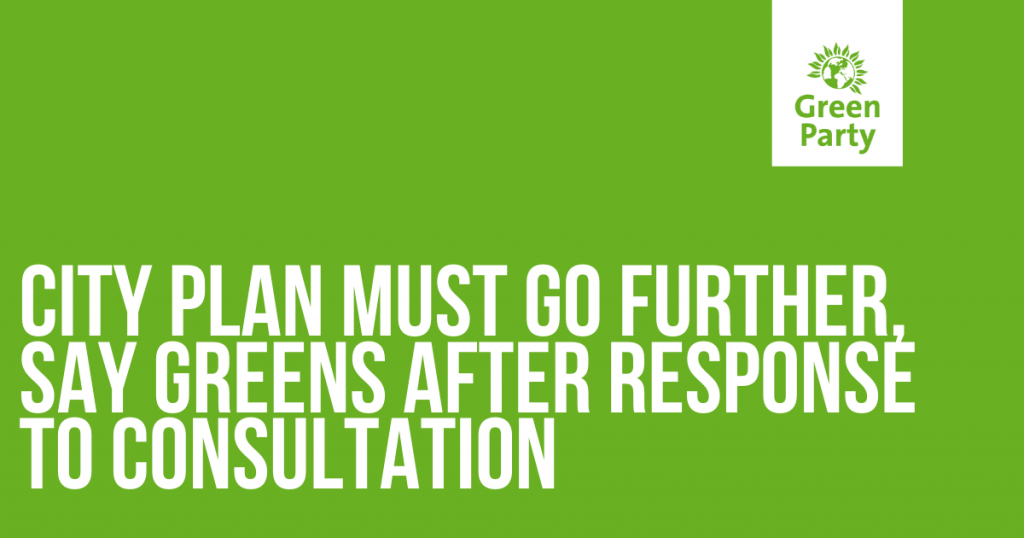 Greens have raised concerns over the future of the council’s housing and development plan, City Plan Part Two, urging the Labour Council not to miss opportunities to strengthen affordable housing and environmental standards.

Greens submitted a response  to City Plan Part Two in September 2018, calling for:

– stricter, and new ecological and environment studies of urban fringe sites (urban fringe is space where the boundaries of the city meet the countryside or nature)

–  identification of further sites in the city centre lying vacant for new genuinely affordable housing, such as above car parks or shopping centres, studies for denser housing on some brownfield sites, and truly affordable housing at the Brighton General Hospital site;

– the commitment of the most outstanding and strict environmental commitments for any development granted access to an urban fringe site; requiring no less than 100% genuinely affordable homes; good landlord schemes and living wage rents;

–  creating a design charter and holding developers to a higher standard in energy efficient homes;

– work to create joined up cycle routes and promote accessibility and public transport options in all developments;

– a call for all developments to be assessed for air quality impacts, not just those located in existing ‘air quality’ management areas;

Councillors raised a number of questions at a meeting of Tourism, Economy, Communities and Culture (TECC) committee last week, after it emerged that several proposals from the 2018 Green response, calling for stricter environmental commitments and more genuinely affordable housing, will not be incorporated into the current plan.

While welcoming some improvements to the policy, Greens have expressed disappointment that requests for more extensive ecological studies and 100% genuinely affordable housing on urban fringe sites will not be taken forward.

At the TECC committee meeting, Greens also challenged the Labour Council to detail why options for increasing city-centre housing, such as using sites above shopping centres, car parks, and at Brighton General Hospital, have not been explored, despite being raised over a year ago.

While councils are constrained by national planning rules, Greens say the city plan must still be viewed as an opportunity to hold developers to higher standards in order to meet the city’s need for affordable – and sustainable – homes.

With the plan due for decision at a meeting of Full Council on April 2nd, Greens have urged the Labour Council to look again at options for housing in the city, to ensure both the city’s housing and climate crisis are considered.

“The City Plan shows we are struggling to meet the demand for affordable housing. The scandal is that the government’s planning law – the ‘National Planning Policy Framework,’ (NPPF) will always have the final say. For example, developers are asked to provide affordable housing – but concerns about profit margins often permit them to wriggle out of these commitments. The government’s definition of ‘affordable,’ is still too expensive for most.

“Despite the constraints, we must be as ambitious as possible about our local plan. Back in September 2018, when we put forward our response to the plan, Greens made clear our view that we need stricter environmental studies of urban fringe sites.

“We also identified additional housing sites, such as above car parks and shopping centres, that we believe can be used without encroaching on the urban fringe. We argued that if urban fringe sites are identified as locations for new housing, then this should only be considered when developments are 100% genuinely affordable.

“We are disappointed that some of our responses have been ruled out of the latest plan. But this does not rule out political leadership – and we urge the Labour Council to put our city on a path to more sustainable, ‘green,’ and affordable housing development.”

“There is no question councils are massively constrained by the damaging and short-sighted Conservative government’s planning laws. Only in the last week the government has increased the amount of homes we must build to 6,149 homes over 5 years, a demand driven by profit, favouring developers – not our community, who need genuinely affordable homes.”

“The Green response to the City Plan made a series of comprehensive demands to balance the needs of our communities and our environment. We have been pleased to improve some aspects of the plan, but we are disappointed that key requests, calling for new ecological and environmental studies on urban fringe sites, have been rejected.

“At committee, we raised a series of concerns about the plan that reflect the issues raised in our 2018 consultation response. We asked whether, for example, the target for carbon reduction in new developments could now be increased from 19%, given the need to tackle the climate crisis. We queried the types of ecological surveys being done at urban fringe sites and pushed for more assurances that biodiversity protections will be part of all new developments, among other considerations, such as public transport access.

“Government planning rules favour profit above people and hold back progress: for our communities and our environment. But as far as possible, the council must work to deliver a plan that values both. We urge Labour to respond to these ideas in the weeks ahead, before the city plan is put to the vote.”