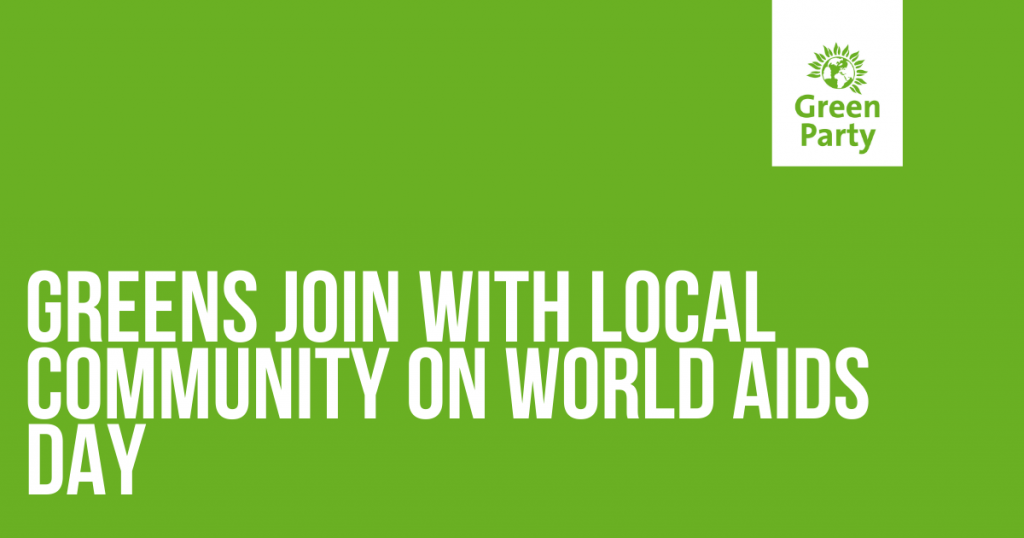 Local HIV organisations will be joined by Green Councillors this Sunday to mark World AIDS Day, a worldwide event to commemorate those who have lost their lives to AIDS and to support continued efforts to bring down rates of HIV.

The World AIDS Day Candlelight Vigil will be held at New Steine Gardens, Kemptown at 6pm on Sunday 1st December. Names will be read of those who have lost their lives to AIDS with space for anyone seeking a quiet moment of reflection.

Greens will join the vigil, and say the council and health partners must maintain focus on targets to prevent HIV diagnoses in the city. Brighton and Hove has the 7th highest HIV diagnosis rate (prevalence) in England, and the highest outside of London. Brighton and Hove became the first UK city to commit to a target of eliminating new diagnoses, stigma and HIV-related deaths by 2030 as part of the ‘United Nations Fast Track City’ initiative, which calls for an increase in HIV support and prevention work.

Greens have also called on the Labour Council to renew support for local HIV community organisations and boost work to tackle stigma and discrimination. According to a recent council report, 22.5% of people questioned as part of a stigma survey in South East England said they had faced verbal abuse as a result of their HIV diagnosis.

“It is vital that our city leads the way on preventing HIV and supporting people facing unacceptable discrimination – it is this horrific stigma that often stops people from testing, even though with early diagnosis, people with HIV can be supported to live long and healthy lives.

“Community campaigners alongside fantastic organisations like the Sussex Beacon and Lunch Positive have previously faced down the prospect of cuts to sexual health budgets. And once again we call on city leaders to commit long-term to adequate provision of local HIV and sexual health services.

“Green Councillors have been proud to stand with the local community against stigma and discrimination and are committed to zero HIV related stigma, zero new infections and zero HIV-related deaths. These targets require proper support and funding from our local council and health organisations. While we join together to commemorate those who lost their lives, and acknowledge steps forward in the fight to end the AIDS epidemic, we can never allow ourselves to go backwards. HIV and AIDS can be prevented if political will allows.”