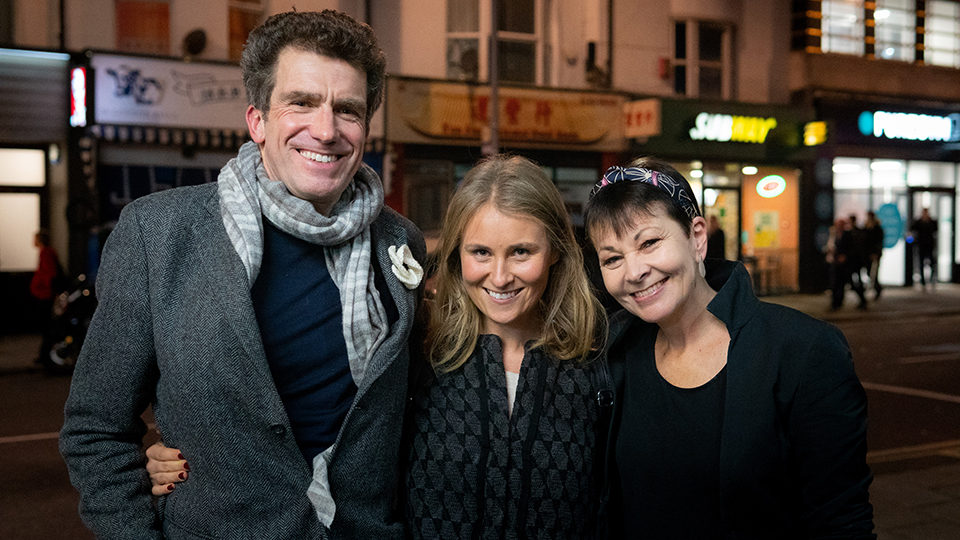 Green candidates – Ollie Sykes for Hove, Alexandra Phillips for Brighton Kemptown and Caroline Lucas for Brighton Pavilion (above left to right) – launched their campaigns in central Brighton this weekend.

They were joined by guest speaker Uma Krieger, fourteen-year-old activist from Youth Strike 4 Climate. Uma spoke about the Intergovernmental Panel for Climate Change report, which stated in 2018 that there were only twelve years left to avoid catastrophic climate change. She described how this election, which will set the next parliament for the next five years, will be crucial in the battle to prevent climate catastrophe.

Alexandra Phillips MEP, candidate for Brighton Kemptown, said: “We must not lose sight of the fact that the best way of combating the climate crisis is by remaining in the EU.

“But while this year has been filled with the constant overhanging dread of Brexit, it has also been host to inspirational movements, and I am filled with tremendous hope; hope from the success of the Extinction Rebellion movement, hope from Greta Thunberg, and her Climate Strikers like Uma, and hope from the Green Wave in May’s local and European elections.”

Ollie Sykes, standing for Hove, said: “In this election, we need Green votes because 11,000 climate scientists said this week that the climate crisis has arrived and it is accelerating faster than expected. And that the world faces untold suffering because of it.

“And we need Green votes because we want to change our electoral system, which is not fit for purpose, and is to blame for the mess this country is in, because we need a genuine green transformation of our economy and because elected Greens will always put planet and people before party.”

Caroline Lucas, candidate for Brighton Pavilion, said: “When Boris Johnson called this election, he said it was the only way to ‘get Brexit done’.  But the truth is that a General Election will do nothing to resolve Brexit – that’s why the Green Party has consistently called for a People’s Vote, as the only way to resolve the Brexit chaos – and we’ll be championing a vote to Remain.

“But some things are even bigger than Brexit – and the climate emergency is one of them. Only the Greens have a vision which is radical and ambitious enough – a Green New Deal of £100Bn per year to decarbonise energy, transport and homes, creating hundreds of thousands of good jobs, and addressing inequality. No more fossil fuel subsidies. And no more airport expansion, which Labour have refused to rule out. This is the climate election. If not now, then when?”