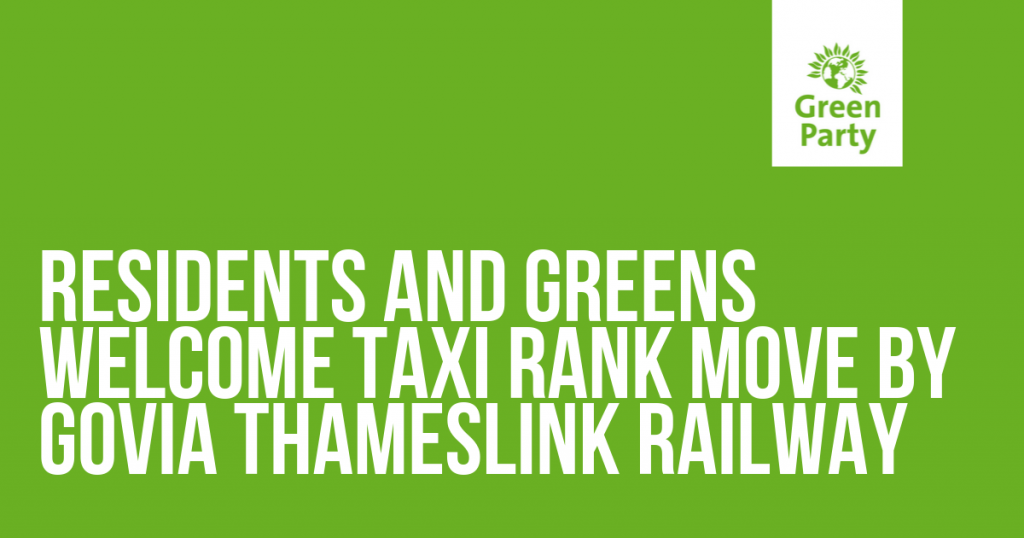 Move will address the noise and pollution issues that have blighted residential streets, say Greens

News that Govia Thameslink Railway [GTR] will relocate the station’s taxi rank to the rear of the building have been welcomed by residents and local councillors.

The decision by GTR to move the rank follows years of campaigning from local residents, who say nearby roads such as Surrey Street have become ‘permanent traffic queues’ as taxis and buses make their way to the southern entrance of the station.

Local ward Councillor Lizzie Deane welcomed the news, citing several meetings with both GTR and residents where she had urged the railway company to address the concerns about engine idling, traffic fumes, noise and late night disturbance.

“This is a positive change that will benefit the immediate area. Residents are hugely grateful to their dedicated representatives such as Caroline Lucas MP and Councillor Lizzie Deane for advocating for the strength of the views held by their constituents.”

“Residents will be pleased that GTR have finally taken the decision to relocate the taxi rank to the rear of the train station, freeing up the narrow residential streets they live on from traffic fumes, congestion and noise. This news will be particularly welcomed by people living on Surrey Street and Upper Gloucester Road where day-long traffic queues have become commonplace.

“The existing arrangement has been far from ideal, even for car drivers – as Surrey Street in particular has become overly congested, with buses also finding it hard to get through to the station. It is also hoped that any longer journeys southbound will be counterbalanced by shorter journeys to other parts of the city.

“Overall, I believe there will be benefits for everyone with this new arrangement, and I encourage GTR to reach out to as many groups as possible in order to make sure their plans for the new rank are as accessible and user-friendly as possible.”