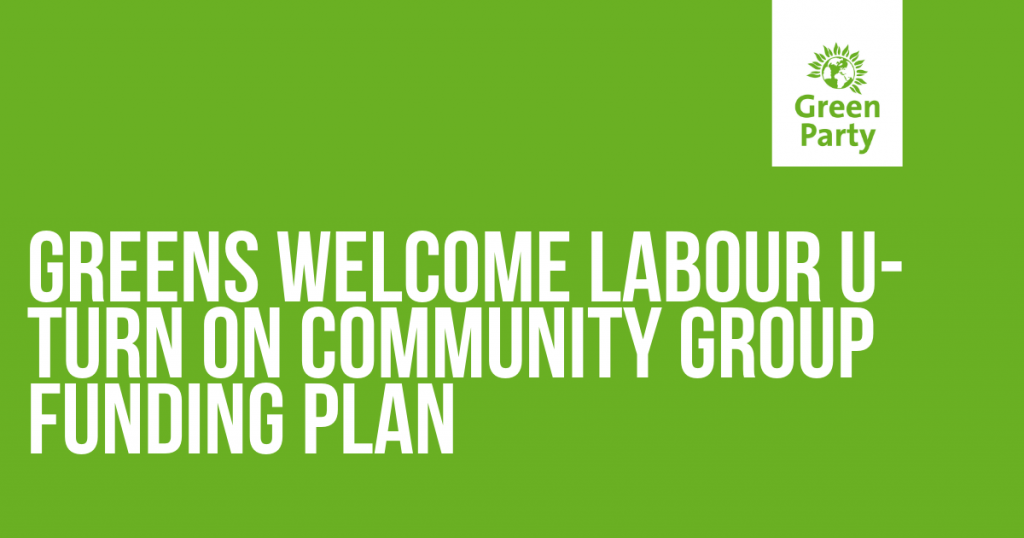 A Labour proposal to ‘pause’ a planned roll-out of a funding programme for the city’s community groups has been dropped following pressure from opposition parties.

Green Councillor Steph Powell had challenged Labour’s proposals at a meeting of the council’s Neighbourhoods, Inclusion, Communities and Equalities (NICE) Committee, calling on the Chair to allow the agreed £2 million investment to go ahead as planned.

The funding programme, known as the ‘Third Sector Commission,’ had been agreed by all parties following an 18-month consultation with the council’s charity and community group partners. Charity and community groups had endorsed the outcome of the consultation, with the programme due to commence after a meeting of NICE Committee earlier this month.

However, news that Labour planned to ‘pause,’ the funding programme was met with criticism from Greens, who slammed Labour for creating anxiety amongst the city’s charity and community sector, and for failing to listen to the needs of community groups working with vulnerable residents.

Following news this week that the Labour Chair Kate Knight has agreed to abandon the pause, Greens say the city’s community and voluntary groups must now be offered certainty, calling on Labour to commit to listen to the needs of the sector in the future.

“Greens hugely welcome the u-turn that Labour has made in regards to placing a “pause” on the programme of contracts and grants for the city’s charities and community groups, as proposed by the new Labour Chair, Councillor Kate Knight.

“We were astonished to learn that after the lengthy consultation, the incoming Chair chose to pause agreed funding plans, in order that she ensure that the programme “aligned with the Labour Party’s manifesto pledges.” Both community groups and the Greens raised immediate concerns over what this would truly mean for future funding of the charity and community sector, and whether it would put jobs and much-needed services at risk. We didn’t receive the assurances we needed.

“We are very glad that the Chair has listened to the concerns of local charities and community groups, and recognised the unnecessary anxiety that this proposal caused. But this u-turn has only happened because Green Councillors and others forced Labour to acknowledge community group concerns – something they should have done all along. Our charity and community groups are vital council partners; reaching some of the most vulnerable people in our city, including those who are not engaged by council services. Frontline workers understand the wide-range of complex issues facing our communities. The Green Party recognises the vital role our city’s amazing community groups play in supporting our residents and the work of the council. We will always stand by them. Labour must do the same.”