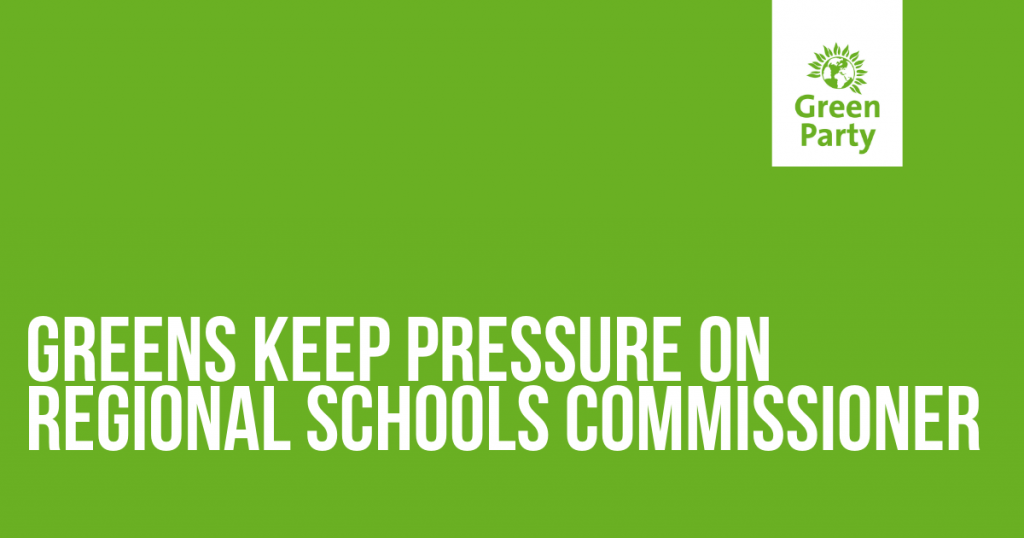 ‘What they’re trying to do here to our wonderful teachers and terrific head is disgusting.’

Greens have vowed to ‘keep up the pressure,’ against the academisation of Moulsecoomb Primary School after it emerged that officials responsible for the decision are still pressing ahead with the plans.

News of a meeting between council officers and the Regional Schools Commissioner (RSC) last week has revealed that despite opposition, the Commissioner’s office are still looking to remove the primary school from local council control.

Green Councillors say news that the RSC is seeking to ignore concerns from the council and community is unacceptable and must be challenged. In a letter to local RSC Dominic Herrington, Green opposition spokesperson for Children, Young People and Skills Councillor Elaine Hills says the order must be revoked. The letter, signed by all Green Councillors, also includes feedback from the last ‘Hands Off Moulsecoomb Primary’ public meeting, quoting a local school governor as saying ‘what they’re trying to do here to our wonderful teachers and terrific head is disgusting.’

“We learned a few days ago that the official responsible for progressing the forced academisation of Moulsecoomb Primary – the Regional Schools Commissioner – has rejected the council’s concerns. This is unacceptable. Given the strength of feeling from the public, teachers and local politicians, the RSC’s pursuit of academisation must not go unchallenged. Greens are committed to keeping up the pressure and will keep sharing the concerns of our community until the Commissioner’s office takes note. We echo the Labour Council’s calls on Minister Nick Gibb to look again at the failed and flawed academisation policy.

“Greens know from our successful battle to stop Hove Park academisation that these proposals can be beaten when teachers, parents, children and local councillors work together. We also urge all those concerned to join the march in support of Moulsecoomb School taking place on 13th July. We do not intend to cease our campaign until proposals to force much-loved Moulsecoomb Primary into an academy are reversed.”