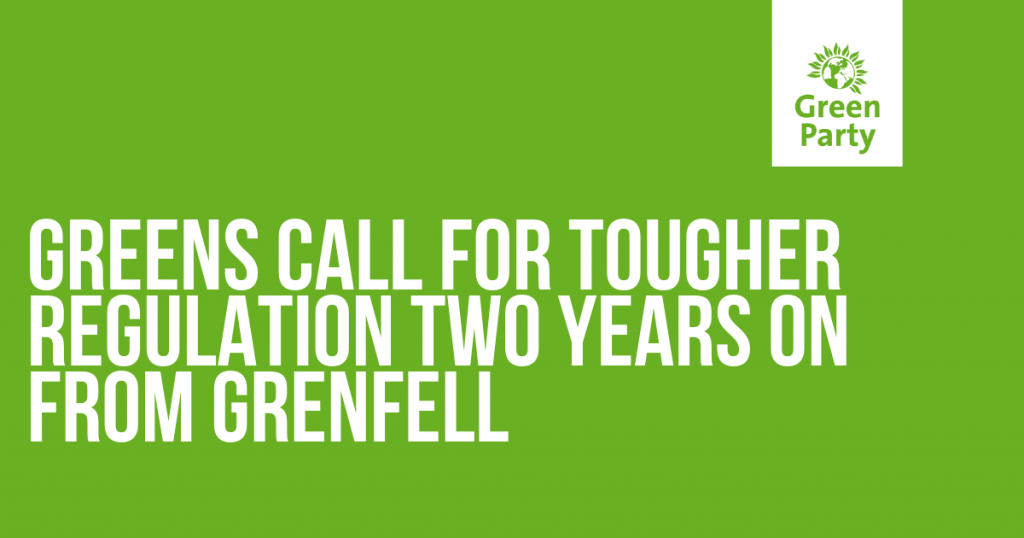 Green Councillors in Brighton and Hove have repeated their call for better national housing regulations and fire safety measures two years on from the Grenfell Tower fire in London.

Greens say that years of deregulation under the Conservative Government has left tenants of both social and private rented housing with fewer measures to cover the safety and security of their homes.

A cross-party notice of motion jointly proposed by Cllr Phélim Mac Cafferty called on the Government to review the guidance and regulation of housing providers, action which the Greens say is still outstanding. National housing charity Shelter has this week released figures showing that almost 72% of social renters surveyed had never heard of the current regulator. [4][5]

Two years on since the tragedy, Greens say more must still be done to ensure safe and secure housing for all.

“As that unforgettable tragedy laid bare– a housing market which was set up for profit, not people, has had truly horrific consequences. Two years on Greens will continue to campaign for better housing regulation.

“In the wake of preventable events, it is more important than ever for elected representatives to seek assurances about safety. But we haven’t seen affirmative government action needed to make housing safer. Housing for example still has less regulation and consumer protection as hotels.

“In the time since the fire, the inquiry laid bare that almost all building regulations designed to ensure tenant safety are inadequate. Yet the call from the Local Government Association for Government to begin an urgent and immediate review of building regulations has been largely ignored. I highlighted after the fire that the Cabinet Office reported hundreds of housing standards that had been reduced- but they haven’t been reinstated.  A faulty fridge is suspected to have started the Grenfell fire yet the Chartered Trading Standards Institute states that because of government cuts, UK trading standards have been cut to the bone. But only now has there been any consideration that a register is established to investigate appliances.

“Cuts to our fire and rescue services have still not been reversed. This is despite the fact that since 2010 a whole half of fire safety officers who ensure that landlords and businesses comply with the law have been cut according to the Fire Brigades’ Union.

“Just this week, national housing charity Shelter has confirmed that tenants are being failed by the poor regulation of the housing sector overseen by successive governments.

“Cuts and the rush to deregulate have already cost too many lives. We desperately need a new robust regulatory framework that puts the safety of our tenants first, not deems them “expensive” or “red tape.”

“Greens will keep campaigning for housing for people, not profit, and safe and secure housing for all.”

[2] Details of the fire regulation and cladding assessments undertaken by the council are now available on the council’s website: https://www.brighton-hove.gov.uk/content/housing/council-housing/high-rise-cladding-insulation-and-fire-safety-information