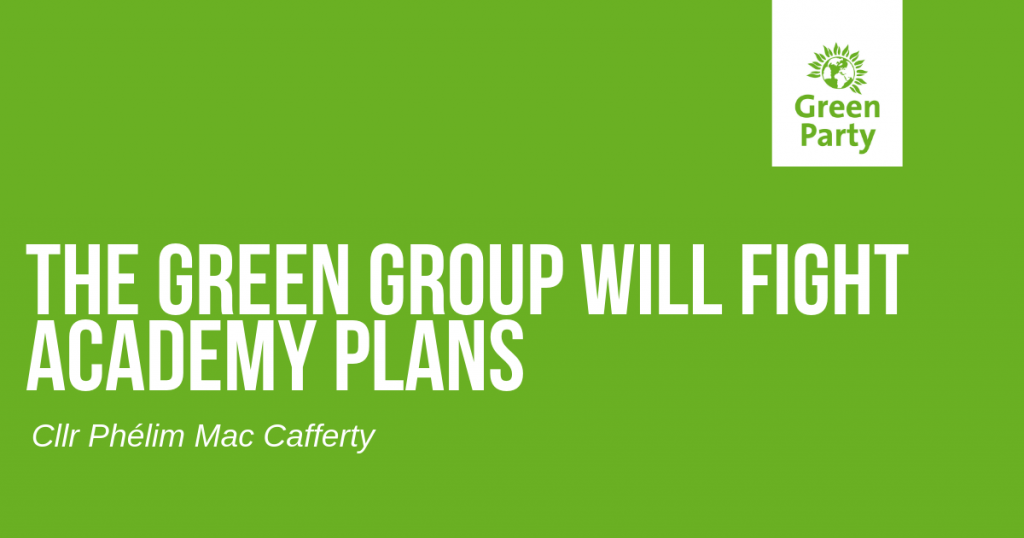 This week we heard the news that the Government is intent on pushing Moulsecoomb Primary to become an academy. Evidence tells us we must challenge this move.

Analysis from the Institute of Education has revealed two-thirds of academy chains perform below average for disadvantaged pupils. A recent report from Parliament’s Public Accounts Committee also highlighted a “succession of high-profile academy failures that have been costly to the taxpayer and damaging to children’s education”.

Since its inception under a Labour government in 2002, children and parents in the city have consistently spoken out against this privatisation of children’s futures. When a ballot on an academy at Hove Park was refused, it was Green councillors who insisted on a parental ballot – which found 71 per cent against an academy. But the privatisation of schools also represents a serious threat to our teachers and support staff too. You don’t need to be a qualified teacher to teach in an academy – and staff terms and conditions are often targeted when private academy chains take over schools.

While the Conservative austerity agenda has provided a charter for privatisation, it has never been clearer that this is not the answer. As I have written many times before, all our local schools desperately need new, inflation-proof and lasting funding if they are to succeed and thrive. Further, Greens firmly believe that schools are most likely to improve when they are part of a local authority family, sharing best practice and training.

Greens were proud to stand shoulder to shoulder with parents to oppose an academy in Hove Park School when we ran the council. I was involved in the campaign to stop Falmer and Varndean becoming an academy too. Only last month a brilliant campaign at Peacehaven Heights Primary School saw the threat of an academy removed. Government ministers have U-turned on 33 attempts to force schools to become academies in the past two years. Why? Because teachers, parents, children and local councillors have worked together. To support all our local schools, we must continue to resist academisation. Hands off Moulsecoomb Primary.