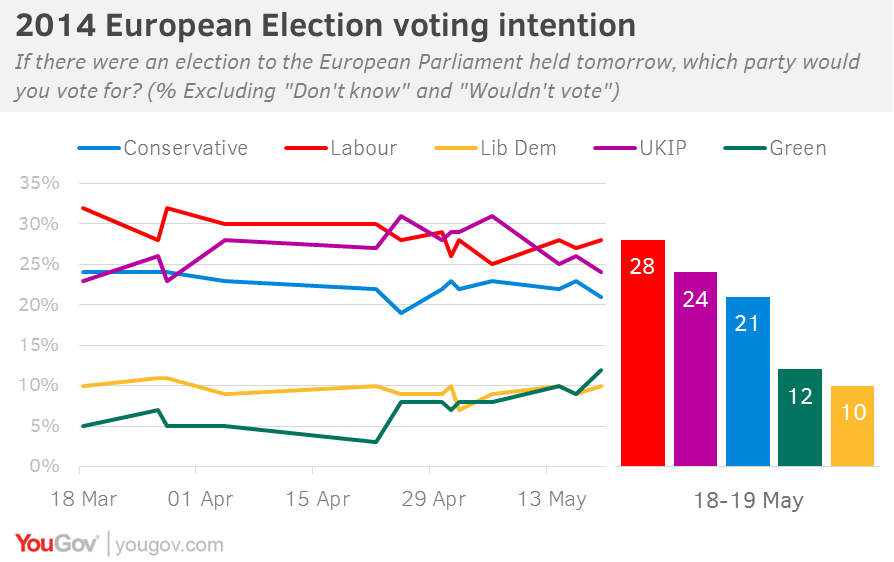 The Green Party has hit its highest ratings in opinion polls ahead of the European Elections on Thursday. [1]

The polls suggest that the Greens could be on target to elect more Green Euro-MPs across the country.

Alexandra Phillips, the second on the list for the Greens in Southeast after MEP Keith Taylor, only needs a 2.5% increase in vote share over last time.

That would send her to Brussels to represent Brighton and Hove and the Southeast in Europe.

A YouGov poll for the Sun puts the Green Party nationally on 12%, up 4% since the last poll and 2% above the Liberal Democrats. [1]

Based on a national swing the poll would see the Green Party tripling the number of MEPs in England and Wales to six, while the Lib Dems would be reduced to four MEPs.

If Greens are polling this well nationally it suggests a strong vote for the party in areas such as Brighton and Hove where Greens traditionally attract high levels of support.

According to another poll, 57% of people said Nick Clegg should resign if his party is beaten by the Greens in the European elections while only 21% said he shouldn’t. [2]

Natalie Bennett, Green Party Leader, said,  “These polls are reflecting what I’m hearing as I meet people on the campaign trail.

“Voters want real change from business as usual but, increasingly, people are realising that UKIP offer just more of the same.

“The Green Party is standing up for hope at these elections. We have a positive vision for a European Union that puts people and the environment first. The other parties are just offering more of the same old tired politics.”

A spokesperson for the Greens said, “This latest poll will make for tough reading for Nick Clegg.

“His party is paying the price for failing to stand up to the Tories.

“If, as the polls suggest, the Greens do beat the Lib Dems in this election then surely he’ll consider resigning before rather than leading his party down the road to electoral oblivion.”

For more information please contact the Brighton and Hove Green Party office on 01273 766 670.