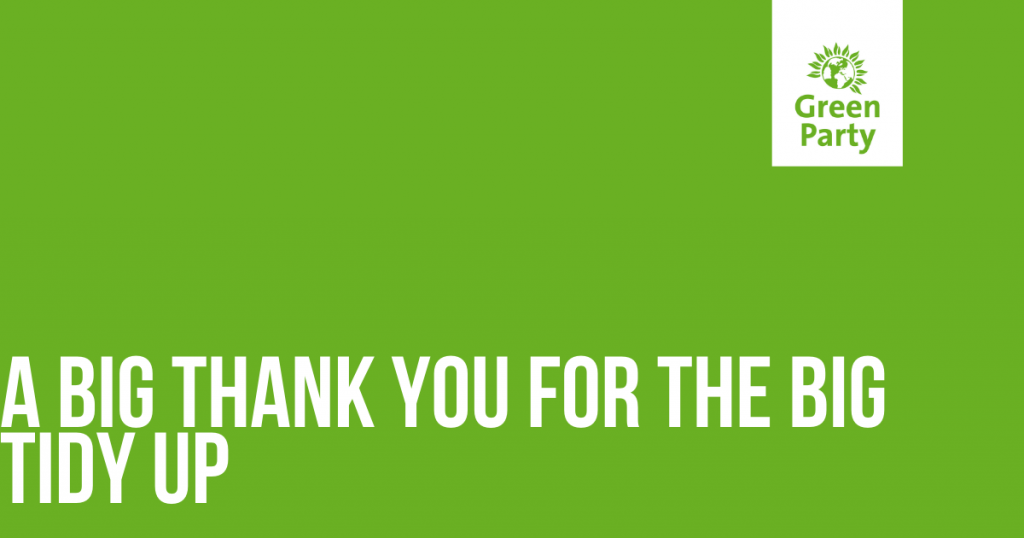 Businesses, community groups, tidy up teams, volunteers, councillors and council staff were all involved in helping keep the city clean.

The two weeks blitz was launched by Cityclean who spent four days and nights deep cleaning some of the city’s dirtiest streets.

‘Sincerest thanks and best wishes’

Cllr Mac Cafferty said: “I want to send my sincerest thanks and best wishes to every single person who got involved in Keep Brighton & Hove Tidy.

“It was brilliant to see and hear of the wide range of organisations that took part, from big and small businesses in the city to community groups and individuals.

“It’s been a tremendous effort and I believe it’s restored some pride in the city which has been lost over the last few years.”

Our Keep Brighton & Hove Tidy campaign ran alongside the annual and nationwide Keep Britain Tidy event that finished on Sunday.

At least 300 people got involved

Despite Covid restrictions, we know of around 300 people who took part over the two weeks, while ensuring they followed government guidance on social distancing.

We believe many more who didn’t contact us for support were also doing their bit in the clean-up.

Cllr Mac Cafferty added: “This is only the beginning. We will continue to tackle graffiti, fly-tipping, littering and all other ways of keeping our city clean and tidy.

“We’ll also be looking at ways of continuing to work in the future with everyone involved so far while bringing even more businesses and people onboard.”

The people and organisations we know were involved, in no particular order, are:

Cllr Mac Cafferty added: “Keep Brighton & Hove Tidy really does have the support of people throughout the city, including businesses, individuals, volunteer and community groups, and the media.

“Ensuring our city is clean and tidy is everyone’s responsibility. The last two weeks have been a real success, and I hope more and more people get involved in the months and years to come.”