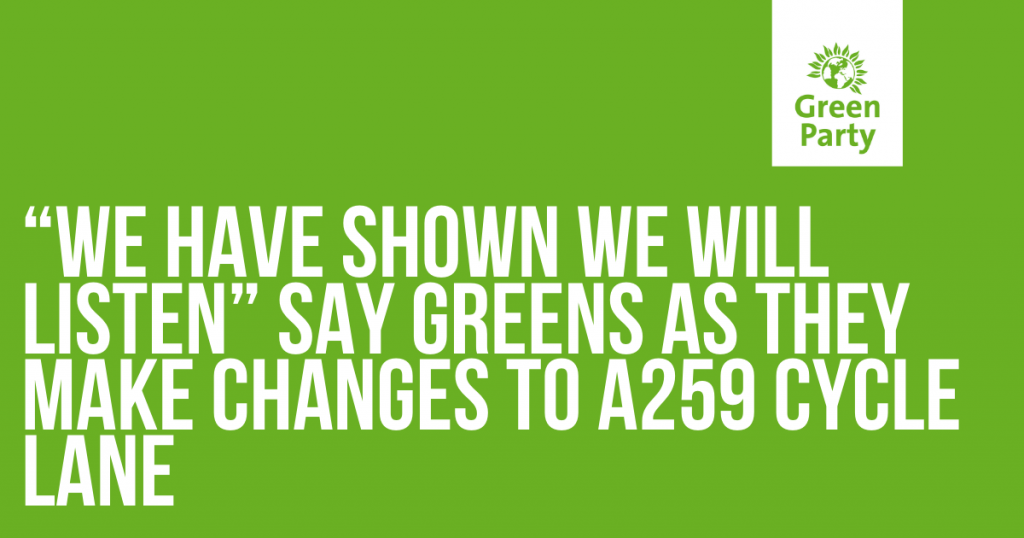 Green Councillors have today reaffirmed their commitment to listening to concerns raised by residents about the temporary walking and cycling measures introduced in the city over recent weeks and months.

Following concerns raised by public transport providers, alongside some active travel campaigners, Green Councillors agreed a temporary suspension of a small section of the temporary on-road A259 cycle lane. This additional cycle lane will now start westbound at West Street.

This follows an increase in traffic levels in the city, which has risen in recent weeks, causing congestion around the aquarium roundabout. The move will support the better flow of traffic for public transport users say Greens and shows that the Green Council will respond to concerns where raised.

The move was announced today in a joint press release with Brighton and Hove Buses. Works will begin overnight.

“Congestion on this stretch has had a knock-on for major bus routes and delays to bus journey times – that is unacceptable. Sadly, attempted changes to adjust traffic light timings have not provided the answers needed as there is still insufficient capacity for the volume of traffic heading towards West Street.

“We recognise the serious concerns raised by public transport users and providers that congestion in a small section of the additional temporary A259 cycle lane has caused unavoidable delay to public transport in the city. We have therefore reluctantly agreed to suspend this short stretch of the lane.

“In the midst of a pandemic which attacks our lungs, as our city recovers we are committed to ensuring that we have many good sustainable transport options including public transport, walking and cycling – and ensuring that these form part of a network of attractive alternatives to private car use.

“We urge those using cars for to consider alternative travel options, the necessity of their journey and the impact this has on others by creating congestion.

“The temporary measures recently introduced aim to offer additional sustainable transport capacity and choice. The Government requested that councils across the country make changes to walking and cycling on a swift timescale – so throughout the temporary period they have been implemented there may be a need for tweaks.

“We will continue to look closely at the data, listen to what people are saying and make changes where necessary, particularly around disability access.

“Many of the schemes we are now implementing were planned under the previous Labour administration. In the short time since we became the minority Green administration of the council, we have shown that we will listen and take decisive action.”