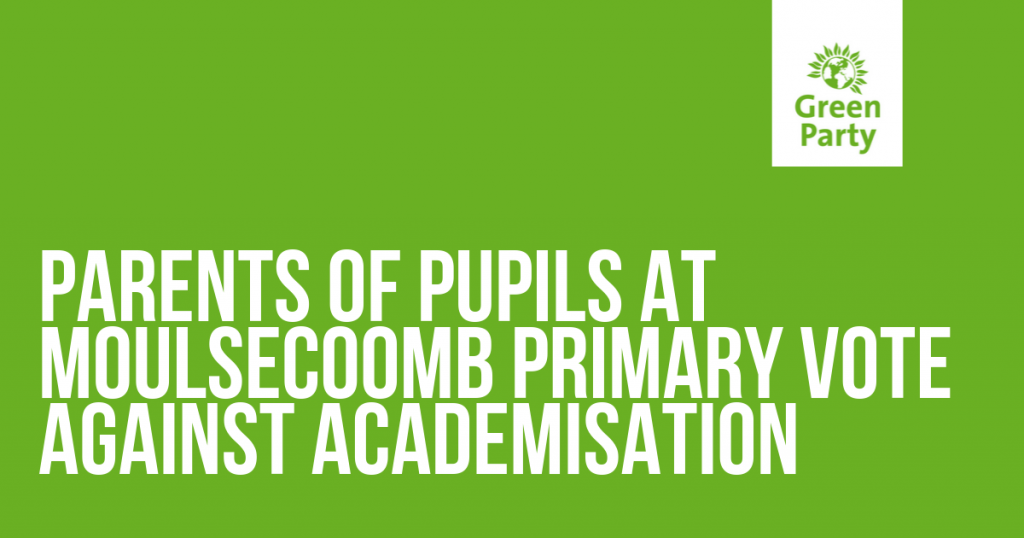 Green Councillor Sarah Nield has commented on news that parents of pupils of Moulsecoomb Primary have voted overwhelmingly against the forced academisation of the school.

“We are delighted that after a strong and parent-led campaign at Moulsecoomb Primary, the school community has today voted against the forced academisation of the school. The result of the vote sends a strong message to the Regional Schools Commissioner: that local parents do not want academisation, and firmly demand that the primary remain part of the city’s family of schools.

“Moulsecoomb Primary is a fantastic community school offering so much to its pupils and local area. What’s more, improvements in the school’s SATS results this year demonstrate that the Commissioner’s grounds for academisation are unfounded.

“Greens have always fought against academisation and the profit-led privatisation of our local schools. We urge the Regional Schools Commissioner to listen to the overwhelming majority of parents at Moulsecoomb Primary – and revoke the academy order now.”