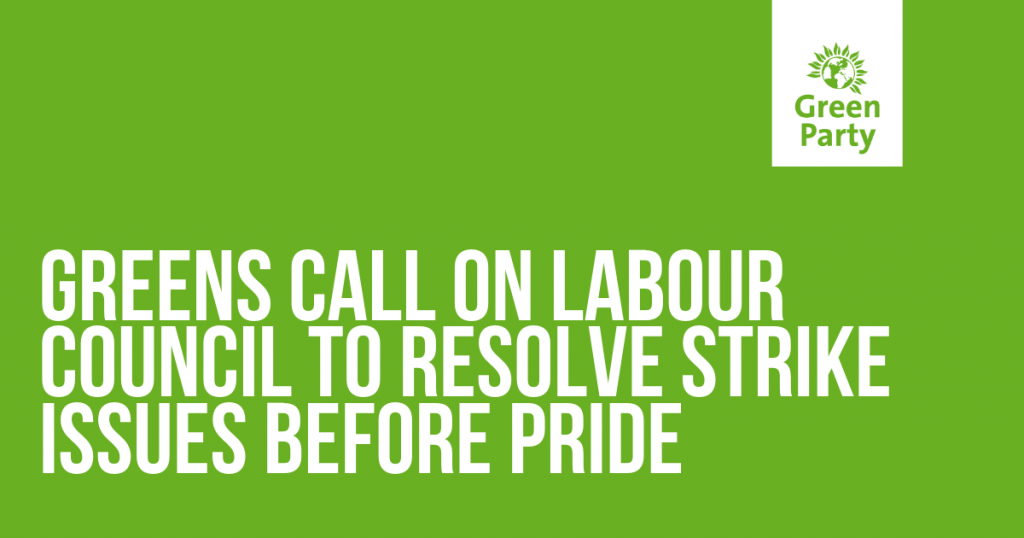 Greens have called on the Labour Council and GMB Trade Union to ‘put the city first,’ ahead of Brighton Pride.

Planned strike action from the GMB Trade Union against the Labour Council is set to begin Monday 29th July, unless a resolution can be reached this week.

Greens say residents bracing themselves for a bin strike must be given urgent information about what to expect in the coming days.

“It is deeply worrying that our residents are now bracing themselves for the possibility of a bin strike before and during Brighton Pride. One of the biggest, most popular events in our city stands to be heavily disrupted if the Labour Council and GMB Trade Union fail to avert a strike. As the official opposition, we repeat our call for the Labour Council and GMB to urgently resolve this dispute. We hope that they can still find a solution that takes the interests of all council employees into account.

“Residents have told us they do not have enough information on how to prepare for severe disruption. With just days to go before the first scheduled date of industrial action, they are right to be concerned.

“The Labour Council must tell residents what level of waste collection service they can expect in the weeks ahead. With 45,000 people expected to participate in Pride celebrations, we hope that a strike can still be avoided – and Greens urge both sides to put the city first.”